Nearly 10% of patients prescribed opioids to help manage pain following heart surgery continue to use them more than 90 days after the procedure, according to a new study from the University of Pennsylvania.

Opioids such as oxycodone, codeine, morphine, and tramadol are routinely prescribed for pain management in the United States and elsewhere. However, according to a press release, recent research has shown that the over-prescribing of opioids for short term pain management is a widespread issue in the United States. This can lead to new long-term opioid use and the development of opioid use disorder.

Heart disease accounts for 1 in 4 deaths in the United States, making it the leading cause of death. Hundreds of thousands of people undergo heart surgery every year, according to the press release.

The study, which was published in Jama Cardiology, examined the data from 25,673 patients who underwent coronary artery bypass grafting (CABG) or heart valve repair or replacement between 2004 and 2016. According to the press release, approximately 60% of CABG patients and 53% of valve surgery patients filled prescriptions for opioids within the first 14 days after surgery. Among cardiac surgery patients, 9.6% continued to use opioids between 3 and 6 months after surgery.

The refill rate was slightly higher among CABG patients, according to the press release. Researchers found that nearly 9% of CABG patients continued to fill prescriptions 180 to 270 days after surgery. A higher incidence rate was also seen among women and younger patients. Those with preexisting conditions such as congestive heart failure, chronic lung disease, diabetes, and kidney failure also had a higher incidence rate.

In order to determine whether similar results would apply to patients considered low risk—those who had preoperative use of benzodiazepines, muscle relaxants, alcoholism, chronic pain, drug use, and those discharged to a facility post-surgery—were excluded. According to the press release, the low-risk cohort saw similar incident results of 8%. 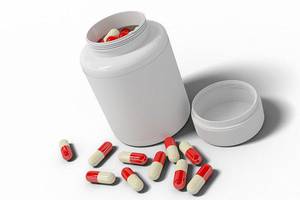 Keeping Pace: Advances in RET Fusion-Positive NSCLC
UP NEXT...
Cardio-Oncology Perspectives on COVID-19 from the Mayo Clinic
CME