Tuberculosis, an infectious disease that killed 1.5 million people in 2020, is most commonly treated with a cocktail of four drugs that must be taken for up to six months. This treatment plan, however, can have the unintended consequence of leading to antibiotic resistance, both because people may not finish the full course of treatment and, more directly, because one of the drugs can act on bacteria other than Mycobacterium tuberculosis, including components of the intestinal microflora that are critical to health and wellbeing.

Recently, researchers identified an antimicrobial compound, which they named evybactin, which could selectively act against Mycobacterium tuberculosis.

Their findings were published in Nature Chemical Biology on August 22, 2022.

“Microorganisms such as actinomycetes and filamentous fungi have long been used as a source of antibiotics,” said first author Yu Imai, assistant professor at the Institute for Biomedical Sciences at Shinshu University, who previously discovered a new antibiotic while studying under Distinguished Professor Kim Lewis at the Antimicrobial Discovery Center, Northeastern University. “However, in recent years, it has become difficult to find new antibiotics from these microorganisms, as known substances have been re-isolated. Recently, we have succeeded in discovering several antibiotics from the nematode symbiotic bacterium Photorhabdus and have shown that this bacterium is a useful source for the discovery of new antibiotics.”

The researchers discovered a novel antimicrobial, evybactin, which is a DNA gyrase inhibitor that they proved targeted M. tuberculosis only. They found that evybactin was transported inside the target bacteria across the cell membrane by BacA, a carrier of hydrophobic compounds, and then it binds to a specific site of DNA gyrase.

“In this study, we demonstrated that it is possible to find new antibiotics by using relatively untouched microorganisms as a search source for useful antibiotics,” Imai said.

While simple animal experiments have shown that evybactin is active in vivo, according to the researchers, the next steps for this research include further testing in animals infected by M. tuberculosis to assess the detail of the efficacy and long-term impacts.

“For accelerated development as an antituberculosis drug, it is necessary to evaluate the safety, pharmacokinetics, and long-term administration of evybactin to M. tuberculosis patients,” Imai said.

The National Institutes of Health funded this research. 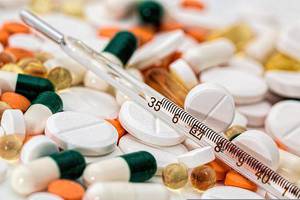