Few clinicians practicing in the United States have ever seen a case of monkeypox infection. However, a new, unusual, multinational outbreak of monkeypox that is unfolding rapidly makes it important to know what a case might look like. This is critical not only to permitting rapid and proper medical and public health interventions but also to helping to understand the extent and spread of the outbreak. The current outbreak—which includes confirmed or suspected cases in the United States, the United Kingdom, Spain, Portugal, Italy, Belgium, Sweden, France, Canada, Australia, Germany, and the Netherlands—appears to have a pattern of spread that does not mirror past outbreaks outside of Africa, almost all of which have been related to importation via flights from Africa or exposure to infected exotic pets. This unusual monkeypox outbreak should prompt all clinicians to be attuned to the possibility of this infectious disease. Clinicians who suspect they may have a patient with monkeypox should contact their state or local health department immediately.

The History & Characteristics of the Pathogen & Illness

Monkeypox is a member of the orthopoxvirus family, the most notable member of which is smallpox. The double-stranded DNA virus was first noted in monkeys in the 1950s and has a wide host range, notably including rodents. Human cases first came to attention during the smallpox eradication campaign. There are 2 distinct clades of the virus: the more virulent Congo Basin clade, and the milder West African clade. The latter has been identified in some of the cases in the current outbreak, including the sole case identified to date in the United States.

In recent years, monkeypox outbreaks have been identified in 11 African countries, with the most cases reported in the Democratic Republic of the Congo. The increase in monkeypox outbreaks in recent years may be related to diminished population immunity to smallpox over time. Smallpox is closely related to monkeypox, and vaccination programs for smallpox ended decades ago. The highest rates of illness in Africa have historically been noted in children who had not received smallpox vaccination. It is also possible that changes in land use are putting more people in proximity to animals that carry the virus. The virus had not been detected outside of Africa before 2003.

Monkeypox spreads through respiratory droplets, direct contact, or fomites. The Centers for Disease Control and Prevention (CDC) also notes the theoretical risk for airborne transmission and advises airborne infection control protocols to protect against this whenever possible. Such protocols include use of N95 masks and other personal protective equipment when delivering care or when otherwise in close contact with an infected person. The incubation period can range from 5 to 21 days, and a person is not contagious until symptoms begin. Historically, the chief means of transmission has been from animal contact, although human-to-human transmission does occur and has in the past led to small, contained human outbreaks.

Severe complications can occur, including involvement of the central nervous system and airway compromise from lymphadenitis. Mortality has been reported to range from 1% to 10% but may differ in settings where advanced medical care is available.

Over the past 2 decades, there have been multiple international importations of monkeypox by travelers who were exposed in countries where the disease is endemic. Despite these travel-related importations, there has been little secondary human-to-human spread. In 2021, at least 2 travel-related cases occurred in the United States, with no secondary spread documented.

Before the current outbreak, the most notable outbreak in the United States occurred in 2003 and was linked to the importation of African rats. In this outbreak, the imported animals were housed with other animals, such as prairie dogs. Approximately 4 dozen cases occurred in the United States, with no deaths and only 3 persons developing serious illness. All cases were most likely related to exposure to infected animals. Smallpox vaccine was deployed as preexposure and postexposure prophylaxis to some contacts of monkeypox cases in the course of that outbreak.

Given the current unfolding outbreak, clinicians seeing patients with new onset of febrile illness and rash should consider monkeypox, especially if lymphadenopathy is also present. The rash typically starts in the mouth, then moves to the face, followed by the extremities (including the palms and soles) in a centrifugal pattern. A definitive diagnosis is accomplished via polymerase chain reaction testing of skin lesions or fluid. These tests are available at state public health laboratories. There is no commercially available test.

Although there is no standard-of-care treatment for monkeypox, smallpox antivirals with poxvirus activity, such as cidofovir, brincidofovir, and tecovirimat, have activity against monkeypox. The latter 2 drugs have U.S. Food and Drug Administration (FDA) approval for use in smallpox treatment. Such medications would most likely be reserved for treatment of severe cases or in immunocompromised persons and would be accessed through a public health department or the CDC.

The smallpox vaccines are effective in the prevention of monkeypox and as postexposure prophylaxis. A newer-generation smallpox vaccine, JYNNEOS (Bavarian Nordic), has an FDA indication for the prevention of monkeypox, and the older-generation ACAM2000 can be used off-label for the same purpose. In prior outbreaks, vaccination of close contacts has successfully limited transmission. Administration of prophylactic vaccine as early as immediately after possible exposure can abort infection or significantly attenuate it. In cases in which smallpox vaccine is contraindicated, vaccinia immune globulin may be given as an alternative postexposure prophylaxis agent.

Uncertainties Related to the Current Outbreak

As of this writing, several dozen monkeypox cases have been reported in Europe, the United Kingdom, and North America. What distinguishes these cases—all of which are outside the endemic region of the virus—is that person-to-person transmission is occurring, with the majority of cases seemingly unlinked to travel from an endemic country and the appearance of multiple, as-yet unlinked clusters. This suggests that undetected chains of transmission have been occurring.

Another unusual characteristic is that a significant proportion—though not all—of the cases that have been recognized are in men who have sex with men (MSM), and many of these cases are being diagnosed at sexually transmitted infection (STI) clinics. This suggests that the virus may be exploiting specific social networks. The virus may or may not be spreading sexually in this group and may instead be relying on skin-to-skin contact and/or droplet respiratory transmission. Of note, the latter has been identified as a transmission pathway for meningococcus in MSM clusters.

The most pressing immediate challenge is to unravel the epidemiology of this outbreak. What is driving this outbreak, which is much larger and more widespread than prior monkeypox outbreaks outside of Africa? Initial genetic analysis has not reported any genetic changes that are believed to be likely to increase transmissibility. Is the virus spreading through a social network? Was transmission facilitated by clustering at specific events? Rapid case investigations and case–control studies are essential to understanding this and are under way.

In the meantime, containment efforts will rely on enhanced case finding, isolation, contact tracing, and postexposure vaccination. Primary care physicians, urgent care physicians, emergency medicine physicians, dermatologists, and those working in STI clinics may be the most likely to identify new patients with monkeypox should they continue to appear. 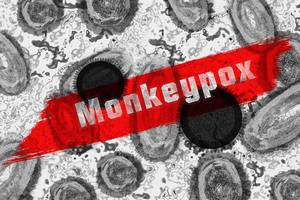