Immunotherapies are emerging as a promising strategy for the treatment of late-stage cancers which currently have minimal therapeutic options. Immune checkpoint inhibitors (ICIs) are a type of immunotherapy that block signals that would otherwise dampen the immune response. Nivolumab, an ICI used to treat many malignancies, including melanoma and kidney cancer, is commonly used in combination with other cancer therapies.

The results of a multi-center phase 1 clinical trial recently published in Clinical Cancer Research demonstrated that combining nivolumab with entinostat, a histone deacetylase inhibitor drug, is a safe and effective strategy for treating patients with advanced cancer who have not responded to standard therapies.

Adverse events associated with treatment were very mild and included symptoms like fatigue, nausea, and diarrhea. These minor side effects suggest that the combination therapy is safe and well-tolerated, an important consideration for physicians prescribing treatment for immunocompromised oncology patients.

Following treatment, the time to disease progression averaged 6.1 months. The average overall survival of patients in the study was 10.6 months. While 60% of the participants demonstrated clinical benefit, 44% achieved stable disease, indicating that the tumors stopped growing. One patient with triple-negative breast cancer had a complete response.

This study highlights a unique therapeutic combination of a drug inhibitor and two ICIs. The findings encourage the need for additional trials testing combination therapies involving ICIs.  Further study could result in novel discoveries which will improve response rates in cancers that are currently untreatable. 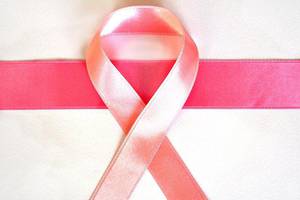