Adopting superhero behaviors such as maintaining physical activity and strong social connections may improve health later in life, a University of Queensland study has found.

Professor Ruth Hubbard, Masonic Chair of Geriatric Medicine at the Centre for Health Services Research, said the study assumed that all Marvel superheroes would age (except for Thor, who has lived for several millennia), and that their aging trajectories would be influenced by modifiable behaviors, much like anyone else.

Researchers noted that Black Panther and Iron Man were both extremely wealthy and intelligent, which put them at reduced risk of dementia.

"Black Panther was also a vegetarian, which supports healthy aging," she said.

"Spiderman's strength, flexibility, and agility should reduce his risk of falls in old age, but his nightly crime fighting means he is unlikely to be sleeping 8-10 hours a night as recommended for teenagers his age, which can lead to obesity, poor mental health, and higher rates of unintentional injuries," she said.

"Our study suggests they move their focus to dealing with challenges such as how to provide high quality health and social care across large, aging populations and preventing frailty and dementia.

"This would enable people across the multiverse, including superheroes, to experience high quality of life in older age." 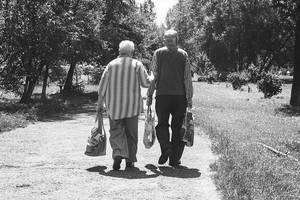