Artificial intelligence–assisted endoscopy in gastroenterology is an evolving field with many potential applications, including detection, differentiation and characterization of neoplastic and nonneoplastic disease as well as improved efficiency of endoscopic unit processes such as bowel preparation, coding and report generation. At the American Society of Gastroenterology’s 2022 Global Gastroenterology and Artificial Intelligence Summit, in San Francisco, experts discussed the various ways in which AI can be deployed in the endoscopy suite to improve GI practice.

One hospital that has embraced AI in the endo suite is Rush University Medical Center, in Chicago. In the spring of 2022, Rush became the first hospital system in the United States to offer AI-assisted colonoscopy with GI Genius (Medtronic) for patients in every screening procedure room. “First, you can use AI as a second read. If you have a lesion where you have lower confidence in the characterization, you can have the AI interrogate the lesion as a follow-up,” said Irving Waxman, MD, the chief of Digestive Diseases and Nutrition and director of the digestive disease service line at Rush. Or there can be “a concurrent read, where the endoscopist and the AI system are working at the same time.”

Dr. Waxman reviewed several recent studies assessing the diagnostic performance of AI systems. For example, in a 2020 study focused on diagnosis of early gastric cancer, a computer-aided diagnostic (CAD) system using magnifying endoscopy with narrow band imaging (ME-NBI) videos performed as well as or better than all but one of 11 experts who had at least one year of experience.

Most recently, a July 2022 paper from RÖmmele et al at the University of Augsburg, in Germany, found that an AI algorithm is highly accurate in detecting endoscopic features of eosinophilic esophagitis (EoE) (Sci Rep 2022;12[1]:11115). Both with and without the addition of the auxiliary EoE Endoscopic Reference Score, the AI algorithm performed better in almost all respects than beginner endoscopists and even senior fellows, and with no significant difference compared with experienced consultant endoscopists. “This suggests a strong potential role for AI in improving the performance of beginners and trainees,” Dr. Waxman said. “Nonetheless, there are some potentially significant risks that need to be considered, including the de-skilling of endoscopists and overreliance on AI, unrepresentative training data sets and the possibility of hacking.”

AI also has the potential to improve the inefficient management of pancreatic cysts and early detection of pancreatic cancer, said Rajesh Keswani, MD, the director of endoscopy at Northwestern Memorial Hospital and director of quality and integration at Northwestern Medicine Digestive Health Center, both in Chicago. “We can all agree that the current model for pancreatic cyst management is very inefficient and not value-based, where the prevalence is high and we go through an inefficient process to find one high-risk cyst,” he said. “On the other hand, our care for pancreatic adenocarcinoma is ineffective in that we don’t have opportunities to find the cancer at an early stage to arrest the disease. Could AI improve both?”

Dr. Keswani discussed the concept of “radiomics”—using AI to capture information in radiology studies that even expert readers are not seeing. “There are all sorts of features, such as the size, texture, shape, morphology, and other aspects of cysts that may be imperceptible to us or that we don’t bother calculating, where AI might be used to capture some potential outcome for the patient, helping radiologists say, ‘This is a cyst you don’t need a scan on for another few years’ or ‘This is a cyst that needs surgery.’”

He also pointed to new research showing that “AI can review prediagnostic MRI scans from months to years before a diagnosis was made and can tell you which patients [would] develop pancreatic cancer and which would not.” Thus, he said, AI “could potentially be used to augment the radiologist’s read to identify pancreatic cancer at a stage when surgical cure is still possible."

AI also has the potential to be deployed in the electronic health record (EHR), using tools such as natural language processing in combination with laboratory values and new diagnosis codes to develop a predictive model for pancreatic cancer risk in the relatively near future, Dr. Keswani said, citing proceedings from a 2021 workshop organized by the Kenner Family Research Fund in collaboration with the National Cancer Institute’s Cancer Biomarker Research Group.

“The conceptual framework would combine familial risk with personal risk factors, such as obesity and smoking, with other factors such as new-onset diabetes, unexplained weight loss, abdominal pain, circulating serum biomarkers, and muscle and fat atrophy to help identify patients earlier,” he said.

Bowel preparation is an area in which AI has particular potential in improving adequacy and, therefore, efficiency, said Shyam Thakkar, MD, the director of advanced therapeutic endoscopy at West Virginia University, in Morgantown.

He noted that several groups have evaluated the use of convolutional neural networks to determine the adequacy of bowel prep. “This model is able to distinguish adequate from inadequate bowel prep with an AUC [area under the curve] of 0.91, and document inadequate prep 100% of the time,” Dr. Thakkar said. “Advances in automated bowel prep and cecal detection then allow for improved standardization of endoscopic completion, and ultimately, improved [adenoma detection] and reduced interval colorectal cancer.”

Finally, AI could also be deployed to improve efficiency in the appropriate use of always-limited resources during patient preparation, procedural time and patient recovery, Dr. Thakkar said. “Academic medical centers regularly have delays in between 30% and 50% of all endoscopic procedures, caused by factors such as staff unavailability and patient flow processes such as registration time, admission, transportation and scheduling."

Dr. Thakkar suggested that AI models, integrated with endoscopy systems and the EHR, could be used to optimize performance. He cited a recent preprint study in which the authors developed a “digital twin” of their endoscopy suite to create output models, which ultimately saved about 1.3 staff hours per day per procedure room, while increasing the usage capacity of those rooms by 9%. 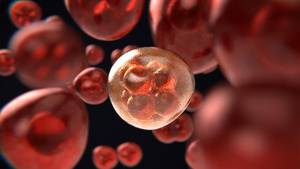