In a trial matching new treatments to cancer patients based on the genetic makeup of their tumors, the tumors shrank in 22% of the patients treated with the AKT inhibitor drug ipatasertib. This included patients with breast cancer and endometrial cancer as well as two rarer forms—anal and salivary gland. In the majority of the other patients (56%) their cancer remained stable, meaning their tumors neither shrank nor grew.

The research involved a small number of patients with advanced cancers. The results are to be presented on Friday, October 28, 2022 at the 34th EORTC-NCI-AACR Symposium on Molecular Targets and Cancer Therapeutics in Barcelona, Spain, by Dr. Carolyn McCourt from Washington University School of Medicine, Saint Louis, U.S..

Ipatasertib is an AKT inhibitor, meaning that it works by blocking a protein called AKT. AKT helps healthy cells grow and multiply, but genetic changes in some tumors mean this protein can also allow cancer cells to grow and spread.

Dr. McCourt said, "Although we have known about the role of AKT in cancer for decades, there are currently no AKT inhibitors that have approval from the US Food and Drug Administration. Recently, several clinical trials have tested AKT inhibitors either alone or in combination with other treatments with some success."

The new research is part of a larger study, called NCI-MATCH, that aims to determine whether cancer patients can be treated successfully by selecting therapies that target gene abnormalities found in their tumors, rather than by cancer type. NCI-MATCH is co-led by the ECOG-ACRIN Cancer Research Group and the National Cancer Institute, part of the US National Institutes of Health.

In this part of the study, patients all had tumors with a very specific genetic alteration called AKT1 E17K. This mutation is estimated to be present in up to 4% of breast tumors, around 2% of endometrial tumors, and a small proportion of other solid tumors.

The majority of the 32 patients treated with ipatasertib in the study had already tried at least three other types of treatment. During the trial, patients took ipatasertib orally once every day in cycles of 28 days and continued as long as they were well enough and the treatment continued to work.

In an estimated 44% of patients, their tumors did not grow for at least six months while taking ipatasertib.

The most common side effects that patients experienced were diarrhea and nausea.

Dr. McCourt told the Symposium, "This is a relatively small patient population and we do not have a large number of each individual tumor type. However, we have found signs that this treatment could be working for some patients. We need to do more research to understand why some patients' tumors did not respond to ipatasertib, while other patients experienced a prolonged time when their disease remained stable on this treatment. We also need to investigate whether we can combine ipatasertib with other drugs to improve the outcome for more patients."

The research team plan to analyze tumor samples further to look for any other clues that could help predict which patients will or will not benefit from taking this treatment.

Professor Ruth Plummer from Newcastle University, UK, is co-chair of the EORTC-NCI-AACR Symposium and was not involved in the research. She said, "NCI-MATCH gives patients an opportunity to receive targeted therapies based on the genetic changes in their tumor, rather than where in the body their tumor began to grow. It is an important trial because it involves patients with many different types of tumors. This includes particularly rare types of cancer, for which no standard treatments currently exist. It also offers alternative options for patients with cancers that have not responded to current recommended treatments." 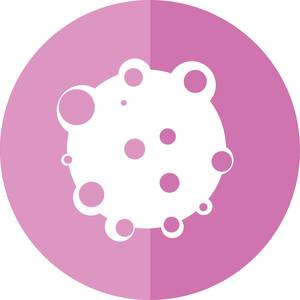