As headlines focus on COVID-19, and now monkeypox, tuberculosis remains one of the great scourges of infectious disease around the world. Approximately 1.5 million people died of tuberculosis in 2020, the World Health Organization reports. Alarmingly, that year marked the first increase in TB deaths in more than a decade. But doctors and scientists at the University of Virginia School of Medicine are making important progress in their longstanding efforts to better understand, prevent and treat tuberculosis, and they've received a $1.25 million boost for a partnership with colleagues in Tanzania to train the next generation of front-line soldiers in the war against the disease.

New discoveries from the researchers highlight the crucial role of malnutrition in global tuberculosis. In a new paper in the scientific journal The Lancet Microbe, the UVA researchers and their collaborators in Tanzania reveal how malnutrition and gut infections impair tuberculosis treatments for young children. The scientists found that children with these common gut infections have lower concentrations of the critical TB drugs in their bodies—and the more infections they have, the lower the concentration of the drugs. Based on these first-of-kind findings, the researchers say that doctors may be able to target the gut pathogens to improve tuberculosis treatment outcomes.

"Blame for failure of tuberculosis treatment historically was placed on the patient and a lack of adherence to medicines," said researcher Scott Heysell, MD, MPH, of UVA's Division of Infectious Diseases and International Health. "Instead, the other germs in the gut of children from impoverished areas are leading to suboptimal levels of key medicines even if taken as directed. Some of the same pathogens in the gut that lead to malnutrition and predispose to malnutrition-related tuberculosis make tuberculosis even harder to treat."

Malnutrition is a vastly underappreciated contributor to tuberculosis, the researchers say. In a paper in the scientific journal The Lancet Infectious Diseases, the authors call malnutrition a "leading risk factor" for contracting the disease. There is an urgent need, they say, to better understand how nutritional deficiencies compromise the body's immune system. This understanding would shed important light on how malnutrition and "undernutrition" affect the effectiveness of both tuberculosis vaccines and treatments.

In the paper, Heysell and his co-authors urge dramatic action against malnutrition and undernutrition: "It is time for governments, non-governmental organizations, philanthropic foundations and researchers to be invigorated by the challenge and not daunted by it. A rapid scale-up in funding and research is needed," they write. "The payoff could be monumental. Investments in eradicating undernutrition will probably have long-reaching benefits, far beyond their impact on tuberculosis, and can be transformative, especially for low-income regions. We should consider a Haitian saying: 'Giving people medicine for tuberculosis and not giving them food is like washing your hands and drying them in the dirt.'"

Training the Next Generation

Based, in part, on the new tuberculosis findings, the National Institutes of Health's Fogarty International Center has awarded the UVA scientists a $1.25 million grant that will bolster a longstanding training partnership with their collaborators in Tanzania. The crucial funding will allow the partnership to train Tanzanian postdoctoral researchers to work specifically on the intersection malnutrition and tuberculosis.

Similar collaborative models through UVA's Division of Infectious Diseases and Center for Global Health Equity have already trained 177 international students of varying academic stages over the last decade. Of those, almost 90% remain in research careers. "Prioritizing the education of international trainees in global health benefits us all," Heysell said. "We can do more to follow the lead of young scientists in settings bearing disproportionate poverty."

One of the strengths of the program is its diversity. Eleven of the faculty members are from UVA, and seven are Tanzanian. Eight are women. That allows the program to connect the postdocs with Tanzanian mentors and with secondary mentors from UVA, providing the trainees access to a broad breadth of experience and expertise. The program will be led by Heysell and Stellah Mpagama, MD, Ph.D., director of research and innovation at Tanzania's Kibong'oto Infectious Diseases Hospital, adjunct faculty at UVA, and the recipient of the Dr. Maria Kamm Best Female Scientist in Tanzania for 2022.

"This program will enable Tanzanians to develop research leaders that will take forward the agenda of 'End TB' in the country," Mpagama said. "In the past decade, the collaborative research we conducted enlightened us a lot on the various challenges that impede TB control. The next steps are to develop solutions simultaneously with the development of research leaders to ensure continuity of the scientific efforts to curb this long-standing epidemic."

The researchers are excited about the potential of the training partnership to not only help prevent and treat tuberculosis in Tanzania but to generate new discoveries that will help battle diseases of poverty around the world.

"As ancient human conditions, malnutrition and tuberculosis do not often grab headlines," Heysell said. "Yet our collective progress in improving these conditions is a bellwether in how well we are doing to reduce other socioeconomic inequities." 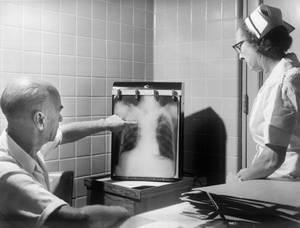