It's happened before: Couples stuck at home during blizzards, hurricanes or other natural disasters enjoy some "alone time" -- and a baby boom follows.

But a new survey from researchers at the University of Florence in Italy suggests the same probably won't unfold during the COVID-19 pandemic.

"What we found the main reasons that led people to not wanting to conceive included worries related to future economic difficulties and consequences on pregnancy," said study author Elisabetta Micelli, from the university's Assisted Reproduction Technologies Center.

The researchers conducted nearly 1,500 online interviews and found that nearly 82 percent of those surveyed said they didn't plan to conceive during the coronavirus pandemic.

The survey was conducted in the third week of the lockdown in Italy and included men and women in a stable heterosexual relationship for at least one year.

The findings were published May 7 in the Journal of Psychosomatic Obstetrics and Gynecology.

Of the 268 participants who said that, prior to the pandemic, they had plans to have a child, more than one-third abandoned their intentions when the pandemic struck. The main reasons were worries about future economic struggles (58 percent) and any potential consequences on pregnancy (58 percent) from the new coronavirus.

Even though almost half of those who responded to the survey had not lost their jobs or income, "the fear of imminent and future economic instabilities led those who were searching for a pregnancy to stop their intention in 58 percent of cases," Micelli said in a journal news release.

Interestingly, 140 (11.5 percent) of the participants -- mostly women -- expressed a new desire for parenthood during quarantine, with the main reasons being "the will for change" (50 percent) and "the need for positivity" (40 percent).

But only six of the 140 (4.3 percent) actually tried to get pregnant during the lockdown.

"Again, fear of consequences on pregnancy in addition to the economic impact on families are probably the reasons why almost the whole group of couples who unexpectedly started to express a desire for parenthood during quarantine did not translate this dream into a concrete attempt," said study co-author Gianmartin Cito, a specialist training in urology.

The study also asked participants about their levels of sexual activity and found that two-thirds of those who didn't express a wish to conceive before or during the pandemic reported no decrease in sex. The same was true for 60 percent of people already trying to conceive.

It's "unknown whether these findings will result in a substantial modification of birth rate in the near future," the authors concluded. 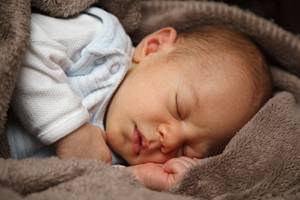