The first large-scale population-based study on the association between the SARS-CoV-2 vaccines and Bell’s palsy confirms that the beneficial and protective effects of the vaccines far outweigh the risk of this rare adverse event. The study, published in The Lancet Infectious Diseases journal, finds that for every 100,000 people vaccinated with inactivated vaccine, CoronaVac, an additional 4.8 people may develop the condition.

Bell’s palsy is the sudden onset of one-sided facial paralysis. In the majority of cases (70%), the condition resolves itself within six months without treatment and the chance of recovery is even higher (90%) if patients receive early treatment with corticosteroids.

A small number of cases of Bell’s palsy have been reported in clinical trials of mRNA COVID-19 vaccines, but so far, analyses of the association have come to conflicting conclusions. In the USA, the Federal Drug Administration (FDA) did not consider there to be a clear causal association for the two mRNA vaccines BNT162b2 (Pfizer-BioNTech) and the mRNA-1273 (Moderna) vaccines but recommends ongoing surveillance. Acute partial facial paralysis is reported as a rare side effect of both vaccines by the European Medicines Agency. Current prescribing information for CoronaVac (an inactivated vaccine) does not list Bell’s palsy as a rare adverse event, but based on the findings from the study, approval has been obtained to include information on the potential association.

Ongoing safety surveillance for any new treatment or vaccines is always recommended to understand the prevalence of rare adverse events. This is only possible with very large population studies after the initial randomized controlled trials.

In this study, researchers analyzed cases of Bell’s palsy related to the two approved vaccines in Hong Kong – CoronaVac and BNT162b2. The study uses data from the Hong Kong drug regulatory authority pharmacovigilance system, which includes reports of adverse events logged by health professionals throughout the territory. Cases of Bell’s palsy were included in the analysis if they occurred within 42 days of the first or second vaccine dose, within the timeframe of the study. They also conducted a nested case-control study using territory-wide electronic health record database including 298 Bell’s palsy cases and 1181 matched controls.

They conclude that for every 100,000 people vaccinated with CoronaVac, an additional 4.8 people may develop Bell’s palsy. For BNT162b2, the increased risk was equivalent to an additional 2 cases per 100,000 people vaccinated – this finding may be attributed to underpower in the current study. Further studies with a sufficient sample size are needed to evaluate the association between Bell’s palsy and BNT162b2.

“Our study suggests a small increased risk of Bell’s palsy associated with CoronaVac vaccination. Nevertheless, Bell’s palsy remains a rare, mostly temporary, adverse event. All evidence to date, from multiple studies, shows that the beneficial and protective effects of the inactivated COVID-19 vaccine far outweigh any risks. Ongoing surveillance, through pharmacovigilance studies such as ours are important to calculate with increasing levels of confidence the risks of rare adverse events,” says lead author Professor Ian Chi Kei Wong, The University of Hong Kong. [1]

The authors note that they cannot conclude a causal relationship between Bell’s palsy and vaccination in any individual cases from this study and that the mechanism by which vaccination can – in very rare instances – lead to Bell’s palsy remains unclear. Other studies have identified rare cases of Bell’s palsy after other inactivated vaccines, such as influenza. A previous study, using the WHO Pharmacovigilance Database reported no higher risk of facial paralysis following mRNA COVID-19 vaccination than with other viral vaccines, including influenza.

In a linked Comment, Professor Nicola Cirillo, University of Melbourne, Australia, and Dr Richard Doan, University of Toronto, Canada, (who were not involved in the study) write: “From a clinical, patient-oriented perspective, none of the studies published so far provide definitive evidence to inform the choice of a specific vaccine in individuals worldwide with a history of Bell’s palsy. However, the data published by Wan and colleagues do offer valuable information for a rational and informed choice of COVID-19 vaccines for patients in Hong Kong, and for those in countries where both BNT162b2 and CoronaVac are available. While waiting for conclusive evidence on vaccine-associated facial paralysis, one certainty remains: the benefit of getting vaccinated outweighs any possible risk.” 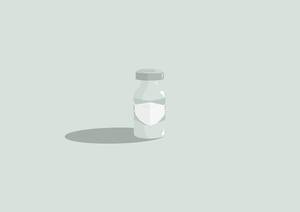