A new study by Vanderbilt University Medical Center researchers of more the 400,000 Medicare patients taking medications for insomnia found that the risk of death is increased when either benzodiazepines or 'z-drugs' are taken with opioids.

The study, published July 15 in PLOS Medicine and led by Wayne Ray, Ph.D., professor of Health Policy at VUMC, compared patients taking these drugs with opioids to comparable patients taking trazodone, another commonly prescribed sleep medication for older patients. The researchers found that those using benzodiazepines had a 221% increase in the risk of death from any cause and those taking non-benzodiazepine hypnotics, or 'z-drugs', had a 68% increased risk.

"Our findings indicate that the risks of benzodiazepine-opioid use go well beyond the recognized hazards of overdose. They also suggest that the z-drugs, thought to have better safety than the benzodiazepines, in fact, are dangerous when prescribed in combination with opioid pain medications," Ray said.

Benzodiazepines, including brand names such as Restoril, Ativan, and Halcion and the 'z-drugs', a type of medication known more commonly under names like Ambien, Lunesta, and Sonata, are among the most frequently prescribed medications for older adults.

Trazodone, a medication initially introduced for depression, is often prescribed in low doses for insomnia. Although researchers have speculated about the relative safety of these sleep medications, there is limited relative safety data.

Ray said the study findings could help to fill this data gap and thus lead to changes in both provider behavior and policy.

"Our findings add urgency to efforts to limit concurrent prescribing of benzodiazepines and opioids. They also suggest that targeted warnings are needed to advise older patients and their providers regarding the potential risks of taking z-drugs with opioids," Ray said.

The study was supported by a grant from the National Heart, Lung, and Blood Institute. 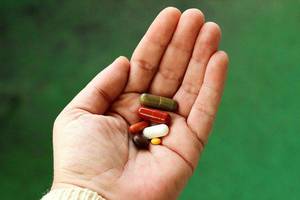