Even after undergoing the artery-clearing procedure angioplasty, Black patients with heart disease are more likely than whites to suffer a heart attack or die within the next several years.

That's the conclusion of a new analysis of 10 clinical trials: On balance, both Black and Hispanic patients fared worse after angioplasty, versus white patients. And that was particularly true for Black patients, whose risk of dying within five years of the procedure was elevated.

The findings are no surprise. For years, U.S. studies have turned up racial disparities in heart disease -- including in the risk of dying from it.

The new results "reaffirm" that the racial gap exists, and highlight the need to find solutions, according to senior researcher Dr. Gregg Stone.

He's a professor of cardiology at Mount Sinai's Icahn School of Medicine in New York City.

Stone said the study could not weed out the reasons for the worse outcomes among minority patients.

Among Hispanic patients, much of the disparity seemed to be related to higher rates of heart disease risk factors, like diabetes and high blood pressure. But Stone cautioned that might not be the whole story -- partly because there were so few Hispanic patients involved in the trials.

"This is a tremendously complex issue," Stone said. Many factors could be at work, he explained, from differences in health insurance and financial resources to disparities in patients' care before or after the angioplasty.

"We need to be able to better understand the causes," Stone said.

And it's likely a complicated mix of things, agreed Dr. Michael Nanna, a cardiology fellow at Duke University Medical Center in Durham, N.C.

"Racial disparities, unfortunately, have been documented for decades, and the solution to closing these gaps isn't straightforward," said Nanna, who co-wrote an editorial published with the study.

It will require a "multipronged" approach, he said. That means tackling economic disparities that make people more vulnerable to heart disease; lack of health insurance; and unequal access to high-quality health care, to name a few issues.

"Another important part of the solution," Nanna said, "is to improve the diversity of our health care workforce."

The findings were published online July 6 in the Journal of the American College of Cardiology: Cardiovascular Interventions.

The trials Stone's team analyzed included a total of over 22,600 patients who underwent angioplasty to clear blockages from their heart arteries. The large majority were white, while 4% were Black, and 2% were Hispanic.

In the five years after undergoing angioplasty, 24% of Black patients suffered a heart attack, needed a repeat procedure, or died. That compared with 19% of white patients and nearly 22% of Hispanic patients.

When Stone's team accounted for health factors, like co-existing conditions and smoking habits, Black patients still had a higher risk of heart attack or death. They were 35% more likely to die within five years, versus white patients, for example.

Those persistent disparities are "certainly discouraging," said Nanna. But highlighting them is an important step toward change, he noted.

"We have medicines and procedures that really work for individuals with heart disease," Nanna said. "How do we now make sure those effective therapies are being implemented and delivered equitably to all of our patients? That's where we need to turn our focus."

Nationwide, deaths from heart disease have dropped over the last 20 years, across racial and ethnic groups, according to the U.S. Centers for Disease Control and Prevention. However, Black Americans are still hardest-hit.

In 2017, CDC figures show, Black Americans' death rate from heart disease was more than double that of Asian/Pacific Islanders -- the group with the lowest rate. 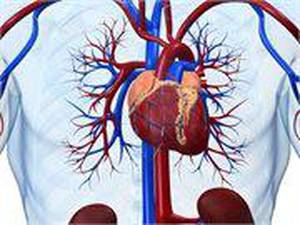 Breakthroughs and Innovations: Managing Complex Cases in Graft-versus-Host Disease
UP NEXT...
The Value of Multidisciplinary Teams in NSCLC Care Plans
CME