"This finding is exciting because it supports a new treatment to affect mood and fight depression, one of the common and dangerous mental illnesses -- and it's based on a very large body of statistical data, rather than limited-scale observations," said Tigran Makunts, who worked on the study as a pharmacy student at the University of California, San Diego.

Makunts is now a research fellow at the U.S. Food and Drug Administration.

For the study, the researchers used data from the FDA's Adverse Effect Reporting System on 40,000 people treated with Botox.

The data focus on Botox treatment for eight reasons and injection sites, including forehead, neck, limbs, and bladder. Among other things, Botox injections are commonly used to treat muscle spasms, excessive sweating, and urinary incontinence.

The information was not collected to evaluate Botox's effect on depression.

The researchers said further study is needed to determine how Botox acts as an antidepressant.

One theory is that Botox might go to areas of the central nervous system involved in mood and emotions. Or, since it is often used to treat chronic conditions that can trigger depression, improved mood may be a welcome side effect of curing the underlying condition.

More than 264 million people worldwide experience depression, according to the World Health Organization.

Depression is usually treated with psychotherapy or medications. But these treatments are ineffective for almost one-third of patients. This is why there is a need for other options, the study authors noted in a university news release.

"For years, clinicians have observed that Botox injected for cosmetic reasons seems to ease depression for their patients," said lead researcher Ruben Abagyan, a professor of pharmacy at UCSD.

"It's been thought that easing severe frown lines in the forehead region disrupts a feedback loop that reinforces negative emotions," Abagyan said. "But we've found here that the mechanism may be more complex, because it doesn't really matter where the Botox is injected."

A clinical trial is underway testing Botox for people with depression. But because the trial is only testing forehead injection, other trials may be needed to figure out the best site and dose for treating depression, Abagyan said.

The study was published July 30 in the journal Scientific Reports. 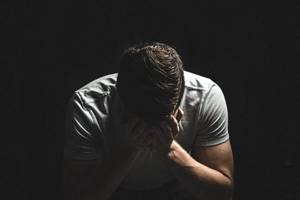 ASCO Investigates Disparities in Cancer Care: Representation in Oncology
UP NEXT...
A Radiation Oncologist’s Perspective on COVID-19
CME