Major League Baseball is planning to return next month. The MLB Players Association (MLBPA) informed and the league finalized the league's coronavirus (COVID-19) health and safety protocols last week, setting up a "spring" training that starts July 1 and a regular season that begins July 23.

MLB is not the only American sport attempting a comeback. The National Women's Soccer League started this weekend on CBS, and other leagues -- the NBA and MLS -- will also attempt restarts in July. Baseball's return-to-play plan is unique in the sense that it'll be the first pro team sports league to have teams playing in their home stadiums and traveling for road games instead of playing in a one-location "bubble." The NBA and MLS are both playing all games in the Orlando area, for example.

As of now, there won't be any formal restrictions for MLB players or any other team personnel, like managers and coaches. Even before players reported for camp, there were positive cases among players. Rockies All-Star outfielder Charlie Blackmon was among three Rockies players to reportedly test positive. A total of seven Phillies players also tested positive and a Blue Jays pitcher exhibited coronavirus symptoms after spending time with players in the Phillies' minor-league system.

More positive cases are expected as players get tested when they report for spring training in the coming days.

In a phone interview, Dr. Dermot Phelan, cardiologist and Director of the Sports Cardiology Center at Atrium Health's Sanger Heart & Vascular Institute, explained how COVID-19 affects the heart and why athletes who have had mild symptoms will need cardiac testing before being approved to return to play.

"This particular virus causes more problems with the heart than any other virus so that's why we're being particularly careful," Dr. Phelan told CBS Sports. "That's why we're being more conservative in terms of our recommendations for return to play. We have data from hospitalized patients that show between seven and 33 percent of people will have some cardiac injury after getting COVID-19."

For asymptomatic COVID-19 patients, the approval for returning to play is based upon once they feel well and are recovered from the virus, Dr. Phelan explained. But for COVID-19 patients who have had symptoms, whether mild or severe, longer surveillance, testing, and check-ups will be necessary before they can return to a high-intensity level of competition.

"For those individuals who have had COVID-19 and had symptoms, because of our concern about the potential for cardiac injury, we recommend that they undergo some additional testing after a period of rest. That testing would include some blood work to look at evidence of damage to the heart muscle, an electrocardiogram, and an echocardiogram, which is an ultrasound scan of the heart."

The symptoms that Dr. Phelan says are concerning are chest pain, palpitations, fainting episodes, and shortness of breath. Another concern stemming from COVID-19 is a viral injury, Dr. Phelan says. If the virus penetrates into the heart muscle, patients could experience myocarditis, an inflammation of the middle layer of the heart wall caused by a viral infection.

"If you have myocarditis, exercise actually makes the disease worse," Dr. Phelan told CBS Sports. "So it increases the viral replication and it increases the likelihood of dangerous rhythms of the heart and sudden cardiac arrest."

Dr. Phelan is setting a warning for athletes that have tested positive for the coronavirus, and he outlines when athletes who have had COVID-19 can safely return to play in the latest guidelines from JAMA Cardiology.

MLB's health and safety operations manual calls for the 30 individual teams to "establish a specific COVID-19 action plan" in consultation with its medical staff and local health officials. MLB is leaving it up to each team to develop a plan for how they will handle positive tests among players in the league.

Each MLB club will be responsible for preparing specific procedures for individuals who display symptoms or test positive for COVID-19, including isolation practices if this were to occur on the road or at their home ballpark. A player won't be allowed to come back to the ballpark to resume play until they test negative for COVID-19 twice, outside of a 24-hour time period. The league has also established a COVID-19 related injured list.

Other sports leagues have also determined their respective plans for a positive COVID-19 test.

The NBA will require all players, essential team staff, league staff, guests of the players, and specific on-site staff inside the Orlando bubble to participate in COVID-19 testing and daily monitoring. The frequency of testing each day hasn't been determined yet, however all members listed above are expected to be put on a testing schedule. If a player in the NBA tests positive but is asymptomatic, meaning they aren't showing any symptoms of COVID-19, they will be forced to isolate away from their team and test negative twice with tests more than 24 hours apart before being allowed to leave isolation. If the player is symptomatic, they will enter immediate isolation at a separate housing facility inside the Orlando bubble.

The NHL will reportedly be testing players for the coronavirus on a daily basis if play resumes. The NHL plan to return to play with a 24-team postseason format, and all games will be played in two hub cities. The league intends to make a decision on the two hub cities that will host all of the games once they start up again "within the next week or so."

In MLB's return-to-play plan, high-risk players -- those with pre-existing medical conditions or compromised immune systems are at a higher risk for severe illness from COVID-19 -- can decide to opt-out of the 2020 season at any point and they would receive both their full salary and service time for the season. Players who have high-risk family members may also decide to opt-out, but MLB would leave it up to teams to make the decision of whether or not they would receive salary or service time. High-risk would include people who have heart disease, lung disease, cancer, high blood pressure, or diabetes.

MLB players are set to report for another version of "spring" training on July 1, and the regular season will start either July 23 or 24, the league announced. The World Series champion Nationals are reportedly set to host the Yankees on Opening Day. Here are seven more things you need to know about the 2020 MLB season.

An Overview of RET Mutations in NSCLC 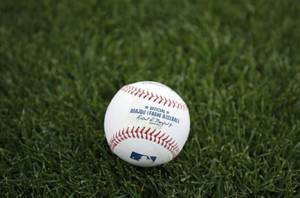 An Overview of RET Mutations in NSCLC
UP NEXT...
Life After Ovarian Cancer: Protecting Sexual and General Health for Survivors
CME