When fluid builds up in the brain faster than the body can absorb it, pressure builds sparking what’s called hydrocephalus. Surgery can address this condition, but the decades-old approach to relieving the cranial pressure caused by the fluid is susceptible to failure, says Dan Levangie, CEO and president of CereVasc.

Levangie’s medical device startup aims to treat hydrocephalus with a less invasive method that leverages newer technologies now in use for vascular and neurological procedures. As the Boston-based company prepares to test its device in humans, it is announcing the close of $43.9 million in Series A financing led by Perceptive Xontogeny Venture and ATON Partners.

Hydrocephalus can be present at birth or it can develop later in life due to head trauma, a brain tumor, a cyst, or bleeding in the spaces in the brain that contain cerebrospinal fluid (CSF). Regardless of the cause, the condition affects more than 1 million people in the US, according to the Hydrocephalus Association.

The standard treatment for hydrocephalus—sometimes called “water on the brain”—is a shunt system that employs catheters and valves to redirect the excess CSF. This assembly traverses the scalp, the neck, and the chest before terminating in the peritoneum, the membrane lining the abdominal cavity where the fluid can be reabsorbed. Redirecting the fluid in this manner can lead to trouble, Levangie says.

The cerebral shunt systems in use today are based on technology originally developed in the 1960s. Manufacturers of shunts, such as medical device giant Medtronic (NYSE: MDT), have made iterative improvements to these systems. But some people who have them implanted still encounter problems such as clogged catheters or post-operative infections. Another common issue is disconnection caused by the patient’s movement or growth. According to a study published in the Journal of Neurosurgery in 2015, more than 40 percent of first-time shunts fail within two years. These failures persist despite advances in design, the study says.

CereVasc’s device, called the eShunt System, measures about two inches in length and is implanted at the base of the brain. The implantation procedure employs a minimally invasive approach that threads the eShunt through the femoral vein in the patient’s groin until the device reaches its destination. It’s the same approach used to deploy medical technologies currently used to treat vascular conditions as well as some neurological conditions, such as stroke and aneurysms.

Once implanted, Levangie says the CereVasc device allows CSF to flow normally. Furthermore, the procedure presents a lower risk of infection and eliminates the possibility of the types of failures associated with conventional shunt technologies, he adds.

The idea for taking a vascular approach to hydrocephalus came from Carl Heilman and Adel Malek, two Tufts Medical Center neurosurgeons who co-founded CereVasc in 2014. Levangie is the managing partner at ATON Partners. His medical technology experience includes roles at Abbott Laboratories (NYSE: ABT) and Dune Medical Devices.

So far CereVasc has tested its technology in animals and cadavers. The next step is a clinical trial. Levangie says the eShunt will go through the FDA’s premarket approval pathway, which requires clinical data, first from a small group followed by a larger study enrolling more patients. The new cash will finance that first study, which Levangie expects will start in the second half of this year. That trial will enroll hydrocephalus patients who experienced failures from shunt systems.

Hydrocephalus is CereVasc’s main focus. But Levangie says his company’s technology has potential applications delivering therapies to the CSF at the base of the brain. He adds that some biopharmaceutical companies have expressed interest in such uses of the technology, which offers the prospect of delivering drugs across the blood-brain barrier and serve as an alternative to administering a drug via a spinal injection or an implant under the scalp. Once CereVasc has compiled initial human data in hydrocephalus, the startup will explore partnerships with larger companies looking to use the technology for brain drug delivery, Levangie says.

The investment from Perceptive Xontogeny Venture, a Perceptive Advisors fund that closed late last year, is its first deal outside of the drug development ecosystem. Chris Garabedian, the fund’s manager, says that a lot of medical device technologies in development offer only incremental improvements to existing technologies. Such small fixes don’t often prompt widespread adoption. He was persuaded to sign a check for CereVasc because he sees the eShunt technology differently.

“We view it as a procedure that would add a lot of value, that would quickly become the standard of care if these studies work out,” Garabedian said. 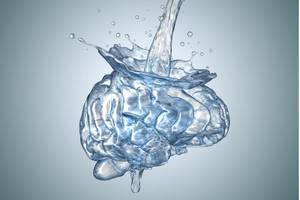