The performance of a new artificial intelligence (AI) algorithm used to assess chest X-rays for the presence of tuberculosis was virtually equivalent to that of radiologists.

In a study published Aug. 3 in Radiology, a team of investigators from South Korea shared the results of how well their algorithm evaluated these scans. Chest X-ray is the go-to scan for detecting and assessing tuberculosis.

Finding an effective and efficient way to analyze these scans quickly is critical, they said. The countries most affected by the disease are also ones that are least likely to have enough providers who are skilled in detection.

The algorithm performed well. Not only was it capable of pinpointing the presence of tuberculosis, but it outperformed pulmonologists. Its abilities were also comparable to radiologists, the team said, and it could help with categorizing patients in low-resource areas.

“The network may help radiologically triage patients with active tuberculosis by excluding healed tuberculosis in high-burden countries and may assist in monitoring the activity of mycobacterial diseases that require long-term treatment,” they said.

To reach these results, the team assessed their model’s performance with two datasets. Set 1 included 89 patients and 148 X-rays, and Set 2 was comprised on controlled data from 366 patients and more than 3,700 images.

Based on these outcomes, the team said, the algorithm has the potential to catch more cases of tuberculosis, bringing a higher level of patient care to infected individuals. 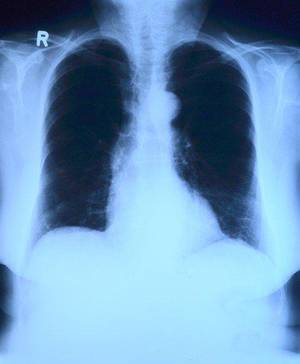