Colon cancer is the third most common cancer and the second leading cause of death by cancer around the world. Now, researchers from the University of Hong Kong have found that two kinds of blood pressure drugs may help prevent the disease.

For their study, the researchers examined health records from almost 200,000 adults in Hong Kong between 2005 and 2013. In particular, they looked at those taking Angiotensin-converting enzyme inhibitors (ACE inhibitors), and angiotensin II receptor blockers (ARBs), drugs used to lower blood pressure by relaxing and opening up narrowed blood vessels.

They found that patients taking either ACE inhibitors or ARBs were 22% less likely than people not on the drugs to develop colon cancer in the three years after a colonoscopy that left them cancer-free. The benefits were particularly noticeable in those aged 55 and older, and among people with a history of colon polyps.

Although the risk of developing cancer is already low three years after a colonoscopy, Dr. Raymond Townsend, a professor of medicine at the University of Pennsylvania, said that these results are nevertheless significant.

Due to the nature of the results, however, the study can not prove a causal relationship. As the study looked at people in the real world, numerous lifestyle factors and other variables may account for the 22% reduction in cancer resurgence.

"It's possible that these medications really cut off the blood supply of these tumors and prevent them from growing," says Dr. Andrew Chan, a colon cancer specialist, and professor at Harvard Medical School.

He added, however, "One study is not enough to sway clinical practice, and you really need to verify that you have similar associations in other studies." 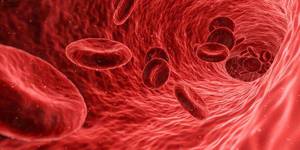 NSCLC State of the Union: Where We Are & Where We're Going
UP NEXT...
Investigating a Potential Serum Biomarker for Lung Cancer
CME