Just under 4 percent of adults who undergo their first colonoscopy experience complications after the procedure, according to a study published Thursday by JAMA Network Open.

Those who do suffer complications tend to be older and have other, underlying chronic health conditions, the researchers said.

"Colonoscopy is a very important test for detecting cancers, premalignant polyps, and other digestive diseases, but it is associated with a greater risk of complications for individuals who are over 75 years old or have other serious medical conditions," study co-author Dr. David Armstrong told UPI.

A colonoscopy is considered the most effective approach for the diagnosis of colorectal cancers, according to the National Cancer Institute.

During the procedure, a long, flexible cord -- called a colonoscope -- is inserted into the rectum. The cord has a camera at the tip that is used to capture images of the inside of the colon and intestines.

The procedure is performed by a gastroenterologist, and the patient is given anesthesia.

Patients might have adverse reactions to the anesthesia. In addition, in rare instances, the colonoscope can perforate the wall of the colon or intestine, researchers said.

For the research, Armstrong and colleagues reviewed data from more than 38,000 people who had colonoscopies at various clinics in Ontario, Canada, between 2008 and 2017. Just over 73 percent of study participants underwent their first colonoscopies, the researchers said.

In all, 3.4 percent of the study participants experienced complications within 30 days of their colonoscopy, the researchers reported. The percentage was higher -- 6.8 percent -- among those age 75 and older, they said.

People with congestive heart failure and a history of smoking were more than three times more likely to suffer from colonoscopy complications, they said.

Patients with liver disease were nearly five times more likely to experience complications, while obese colonoscopy patients were more than twice as likely, the researchers found. 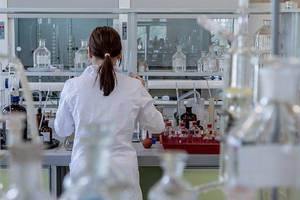