The coronavirus that causes COVID-19 can infect insulin-producing cells in the pancreas, reducing their ability to secrete insulin and sometimes causing cell death, a new study suggests.

Damaging these insulin-producing cells, known as beta cells, can potentially worsen symptoms of diabetes, particularly type 1 diabetes, wherein the pancreas already makes little to no insulin, according to the study authors. "If you imagine that there are some patients who already have diabetes, if the virus comes in and nails the remaining beta cells you have, that's not good," said co-senior author Peter Jackson, a professor in the department of microbiology and immunology at Stanford University School of Medicine.

In addition, some studies suggest that severe COVID-19 may trigger diabetes in people with no previous history of the condition, again raising the possibility that the virus infects beta cells, Live Science previously reported. This trend is still being investigated, but given the new data, Jackson said that he thinks the virus may sometimes induce diabetes by injuring beta cells; this would be most likely to occur when people with prediabetes, or other health conditions that raise the risk of diabetes, develop a severe case of COVID-19.

People with either type 1 or type 2 diabetes — where the body makes some insulin but the tissue can't take it up due to insulin resistance — face a greater risk of developing severe COVID-19 symptoms than the general population, according to the Centers for Disease Control and Prevention (CDC). In general, people with diabetes are more likely than those without the disease to experience complications when infected with any virus, since the condition can impair immune function.

That said, no one knew whether SARS-CoV-2, the virus that causes COVID-19, can directly attack the pancreas, Jackson said.

To probe this question, Jackson and his colleagues ran experiments on pancreatic tissue from organ donors, nine of whom had died from severe COVID-19 infections and 18 who died of other causes and tested negative for the virus. In the first group, they found SARS-CoV-2 had directly infected the beta cells of some individuals, and in several lab dish experiments, they found that the virus could infect, damage and kill beta cells drawn from the other donors who died from non-COVID-19 causes, according to a report published May 18 in the journal Cell Metabolism.

However, even with this new evidence, the central question of whether SARS-CoV-2 directly infects beta cells in vivo remains unsettled, said Dr. Alvin Powers, director of the Vanderbilt Diabetes Center in Nashville, who was not involved in the study. The new study shows that pancreatic cells can be infected in a lab dish, but the same has not been definitively shown in humans, he said; to reach a solid conclusion, scientists will need to examine many more pancreas samples from patients who died of COVID-19.

In regards to the reports of COVID-19 triggering diabetes, "we know that people who have borderline diabetes, or prediabetes, when they get [critically] ill with anything, with pneumonia, with a heart attack, with a stroke … diabetes sometimes appears," Powers told Live Science. So it's possible that there may be uptick in diabetes cases, "not because of direct toxicity from the SARS-CoV-2 virus," but because critically ill people sometimes develop diabetes. In general, reports of COVID-19-related diabetes have been conflicting and still warrant further investigation, Powers wrote in a recent commentary, published April 7 in The Lancet.

To determine whether SARS-CoV-2 infects beta cells, the first step is to figure out how the virus would infiltrate those cells in the first place.

The virus primarily uses a receptor protein called ACE2 to sneak into cells, but several other proteins on the cell surface appear to help prime the virus to plug into ACE2, Powers said. For a recent study, published Dec. 1, 2020, in Cell Metabolism, Powers and his colleagues went hunting for ACE2 and one of these proteins, called transmembrane serine protease 2 (TMPRSS2), in beta cells, but found little of either.  In another independent study, published in the same journal, researchers reached the same conclusion, making it seem like SARS-CoV-2 had few doorways into beta cells.

"The controversy comes from, 'Hey there's not so much receptor here, so it must not be that the virus infects beta cells,'" said co-senior author Raul Andino, a professor in the department of microbiology and immunology at the University of California, San Francisco. However, there's a question as to how much ACE2 the virus needs to break into cells, and still other proteins may help boost its ability to latch onto the ACE2 receptor, Andino said.

For instance, receptor proteins called neuropilin 1 (NRP1) and transferrin receptor (TFRC) have both been linked to SARS-CoV-2 infection; normally, the former binds to various growth factors and the latter helps import iron into cells, but studies have found that both receptors may be exploited by the coronavirus. The team looked for these proteins, as well as ACE2 and TMPRSS2, in beta cells from five COVID-negative organ donors.

"We isolate islets [groups of pancreatic cells] from human cadavers as they come in," Jackson said, noting that the tissue must be collected and used quickly to be useful for experiments.

As in previous studies, they found low levels of ACE2 and TMPRSS2 in beta cells from the donors, but interestingly, they found an abundance of NRP1 and TRFC. Compared with alpha cells, another kind of pancreatic cell, beta cells expressed far more NRP1 and TRFC, hinting that the virus might show a selectivity for the beta cell if it does infect the pancreas.

The team then isolated more islets from COVID-negative donors and exposed the tissue to SARS-CoV-2 in the lab. After several days, they exposed the cells to antibodies that latch onto part of the coronavirus, to see which cells had been infected, and found evidence of SARS-CoV-2 mostly in beta cells. They found that they could somewhat block this infection by blocking the NRP1 receptor with a small molecule called EG00229. This fact hints that NRP1 may be key to the coronavirus entering beta cells, Jackson said.

"Imagine you're trying to catch a basketball: A one-handed catch is tricky and … you flub the ball a lot of the time. A two-hand catch is a much more accurate and efficient event," he said. To infect cells, a structure on the coronavirus called the spike must plug into ACE2; in this analogy, NRP1 may be helping to "catch" the coronavirus and insert the spike, despite there being relatively few of ACE2 receptors available, he explained. Some studies suggest that NRP1 grabs onto a specific fragment of the spike, and that blocking this interaction somewhat hobbles the virus's ability to infect cells in culture, according to a November report in the journal Science.

The team also found that infected beta cells produced significantly less insulin than uninfected cells when exposed to a meal's worth of glucose; and in infected cells, molecular signals related to cell death began to spike. These effects could again be blocked with EG00229, underscoring the potential importance of NRP1 to infection.

After seeing that the virus could infect beta cells from COVID-negative donors, the team wanted to see if the virus cropped up in people who had died of COVID-19. They found coronavirus genetic material in seven out of the nine donors' pancreases. Using antibodies, as in the previous experiments, the team confirmed that SARS-CoV-2 appeared in four out of the seven donors' beta cells; inside those beta cells, they also found genetic instructions coding for the spike protein.

The other three donors' pancreases showed extensive damage, resulting from digestive enzymes that quickly eat away at the organ after death, the authors noted in their report. So it may be that the antibody test came back negative for three donors due to the severity of that damage, Jackson suggested. On the other hand, the negative tests could be accurate, as not all patients with severe COVID-19 necessarily have infected beta cells.

"We would really need to power a much larger study to get a real number as to the infection rate in pancreatic beta cells for patients with severe COVID," Jackson said.

The study raises other questions. Assuming the virus attacks beta cells in living people as it does in lab dishes, how does the virus first reach the pancreas? The onset of pneumonia may help the virus escape the airways and trigger secondary infection elsewhere, such as in the pancreas, but for now that's unclear, Jackson said. The study also only included people with severe disease, so it's unclear whether pancreatic infection ever takes place in mild COVID-19 infections.

And if and when the virus pervades the pancreas, "how does infection of the pancreas correlate with … decreases in insulin?" Andino said. The team observed that in the lab dish, beta cells produced less insulin after infection, but the extent of that decrease may be different in a living person. "I think that's a critical question, obviously … and that's something to me that the paper does not address."

In addition, more research will be needed to understand the role of the immune system in pancreatic infection, he noted. In theory, direct infection could trigger extensive inflammation in the pancreas, causing extra damage, and in people susceptible to type 1 diabetes, this could trigger or worsen the autoimmune attack on the the organ. But for now, that's all speculation, Andino said.

Given the limitations of the lab dish study, researchers need large studies of well-preserved pancreases from people who died COVID-19 to confirm the organ is directly infected, Powers said. "Whether or not their approach to infecting cells mimics what happens when a person has SARS-CoV-2 infection is not clear." 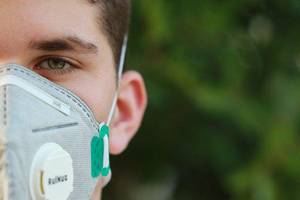 Improving the Standard of Care in Community-Based HER2-Positive Metastatic Breast Cancer
UP NEXT...
Exploring the Treatment Landscape for Triple-Negative Breast Cancer
CME