The link between coughing and COVID-19 could be stopping people with lung cancer from getting the care they need, experts have said.

According to figures from Cancer Research UK, about 350,000 fewer people than normal received urgent suspected cancer referrals across all cancers since the end of March, while 3 million people have missed out on cancer screening.

“The biggest thing I have noticed during coronavirus is that fewer of my patients are actually coming forwards to tell me about the signs and the symptoms of cancer. They seem to be reluctant to do so,” he said.

But while the situation is improving for some cancers, at the end of September referrals for suspected lung cancer were still only 60% of pre-COVID levels.

Smith said the message to stay at home and protect the NHS may have played a role, while he also noted that in some regions there had been reduced access to diagnostic tests and X-rays, adding that even when referred, patients were reluctant to go to the hospital for tests.

But there could be another factor. According to the NHS, symptoms of lung cancer can include a cough that doesn’t go away after two or three weeks, persistent breathlessness and persistent tiredness or lack of energy – symptoms similar to some of those for coronavirus.

“There is definitely something about the differentiation between lung cancer and COVID symptoms, which is very challenging,” said Smith. “Possibly in society, and even in health care, we are assuming a lot of respiratory symptoms are Covid-related.”

Smith added that people are now frightened if they have a cough.

“If somebody has a cough they are a pariah. You have got to stay at home and now you have got to do a COVID test and isolate for two weeks,” he said.

Smith added he was concerned that many more patients with lung cancer could end up with a delayed diagnosis.

“My practice has got over twice the national average of lung cancer diagnoses, so what is going to happen here [is] we are going to exacerbate the inequalities that are already there and in future more of my patients are going to be diagnosed even later with lung cancer.”

But Swanton noted that advances have been hampered by COVID-19.

“There have been trials in the UK that have been halted using lung cancer screening to diagnose lung cancers earlier,” he said.

Michelle Mitchell, CRUK’s chief executive, said the pandemic had had a devastating impact on cancer services and patients, with millions left in growing queues for cancer screening, diagnoses, and treatment, and thousands unable to access experimental treatments through clinical trials.

But Mitchell said that while cancer service capacity is returning to pre-pandemic levels and clinical trials are resuming, more needs to be done, noting that even before COVID-19, cancer survival in the UK was lagging behind that of other comparable countries, while the government’s ambition to diagnosis 75% of cancers in their early stage by 2028 was already a significant challenge.

The charity now estimates that an extra £260m over the next 3-5 years needs to be invested in the cancer workforce to achieve a 45% growth in the key professions involved in diagnosing and treating cancer.

“We have not just got to restore and recover cancer services, but I think in time we also have to transform them,” she said. 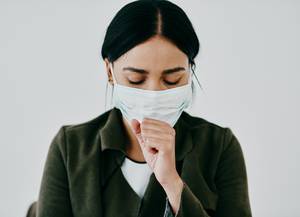