More than 70 percent of breastfeeding women take some form of medication, but 90 percent of those medications are not appropriately labeled for pregnant or lactating women. This means the drugs are taken “off-label” or without Food and Drug Administration (FDA) approval, largely because they have never been tested in this population. Even less is known about whether these drugs enter the mother’s breast milk or are safe for the baby to consume that way.

To address these issues, researchers at University of California San Diego School of Medicine have received a $6.1 million grant to launch a new Center of Excellence in Therapeutics (CET). The CET will study the effects of medications on human milk and infant health.

UC San Diego joins Vanderbilt University, Indiana University and Ohio State University to form the new Maternal and Pediatric Precision in Therapeutics (MPRINT) Hub funded by the National Institutes of Health (NIH). The three institutions will work together to serve as a national resource for knowledge and expertise in maternal and pediatric pharmacology.

While MPRINT will investigate a variety of therapeutics, initial studies at the UC San Diego center will focus on antibiotics. Antibiotics are some of the most frequently used medications by breastfeeding women, and are necessary treatments for many infections. However, their effects on child development via breast milk exposure remain largely unknown.

“UC San Diego’s CET will bring together basic and data scientists, pharmacologists and clinical researchers to study the most commonly prescribed antibiotics and their impact on breast milk and pediatric health,” said Adriana Tremoulet, MD, professor of pediatrics at UC San Diego School of Medicine and lead principal investigator for the project.

“We are particularly excited about the specific focus on breastfeeding and human milk,” said Lars Bode, PhD, professor of pediatrics and director of the Larsson-Rosenquist Foundation Mother-Milk-Infant Center of Research Excellence at UC San Diego School of Medicine, who will lead the MPRINT Milk Analytics Core. “Human milk plays such a vital role at the interface of maternal and infant health. Yet, we know so little about the effects of therapeutics in this critical space.”

The team will investigate how antibiotics alter the composition of breast milk and impact the infant microbiome, metabolome and immune response. They will also assess whether the components of breast milk influence the effectiveness of therapeutics given to the breastfed babies.

“Antibiotic resistance is a huge emerging problem,” said Bode. “We also realize how important the microbiome is for short- and long-term health, so you can imagine if you go in with antibiotics that disrupt the baby’s microbiome, it may do more harm than good.”

While it is important to understand the potential consequences of antibiotic use, Bode notes that it is equally important to determine if and when taking these medications is actually safe.

“My biggest concern is that when a woman is prescribed medications, often the default recommendation is to stop breastfeeding, out of fear of the unknown,” said Bode. “We have learned so much in recent years about the many benefits of breastfeeding for both the infant and the mother. Infants who receive human milk have fewer infections and are also less likely to become obese or suffer from allergies later in life. Women who breastfeed are less likely to develop breast or ovarian cancer. So ideally, we don’t want physicians to have to make that recommendation to stop breastfeeding simply because of a gap in knowledge.”

“We always try to protect pregnant and breastfeeding women in the drug development process, but we need research on them in order to protect them,” said Christina Chambers, PhD, MPH, professor at UC San Diego School of Medicine and Herbert Wertheim School of Public Health and Human Longevity Science. “Fortunately, there has been a dramatic change in the last several years in attitudes towards inclusion of pregnant and lactating women in research, and this is one example.” Chambers will lead clinical studies at the CET and co-direct the Administrative Core with Tremoulet.

In addition to these studies of mothers and infants, the center will also conduct computational data science studies and basic research in mice.

The funding comes as a result of years of collaboration between physicians and scientists at UC San Diego School of Medicine, as well as Rady Children’s Hospital-San Diego where several team members also treat patients.

“This team of researchers has a long track record of working together on successful projects,” said Bode. “UC San Diego has a highly collaborative environment, and these center grants are only possible when people from different disciplines come together. That intersection is where innovation lives, and I believe it’s an absolute strength of our academic medical center.” 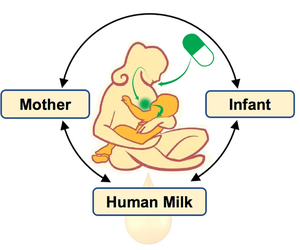 An Oncologist’s Perspective from Seattle, Epicenter of America’s First COVID-19 Outbreak
UP NEXT...
Dissecting Determinants of Disease Progression in NSCLC
CME