Confirming anecdotal evidence that the spread of the coronavirus has strained Americans' mental health, Boston College researchers found reports of anxiety increased to 50 percent and depression to 44 percent by November 2020 - rates six times higher than 2019 - according to a new report in the journal Translational Behavioral Medicine.

Among U.S. adults aged 18-29, the impact on mental health was even more severe. Rates of anxiety and depression increased to 65 percent and 61 percent, respectively, of the respondents in that age group, according to the report.

"Disparities in estimates of mental health disorders and mental health treatment indicate a striking disequilibrium between the potential need for and the use of mental health services during the COVID-19 pandemic," said Coley, a professor in the Lynch School of Education and Human Development. "Rising mental health challenges are being borne largely by young, less advantaged people of color, and women, with the potential for expanded interruptions to optimal functioning and societal recovery from COVID-19."

"We discerned a need to track rates of depression and anxiety, as well as rates of use of mental health services and reports of unmet need for such services between April and November 2020," she said. "We also sought to assess whether the rates of mental health disorders and service use varied across key demographic groups in the U.S."

The researchers analyzed data gathered between April and November 2020 as part of the U.S. Census Household Pulse Survey, a series of cross-sectional surveys conducted weekly. Survey respondents self-reported their symptoms of anxiety and depression, use of medication, use of counseling services, and unmet need for services. Coley and Baum analyzed these surveys to track trends in mental health disorder symptoms and access to and use of mental health services.

While the researchers expected to see increases in the rates of depression and anxiety, they were surprised by the magnitude of the increases, Coley said.

"The fact that prevalence rates were six times higher than national norms from 2019 was striking, as was the fact that these increases were born primarily by younger adults, aged 18-29 years, whose rates of anxiety and depression were nearly twice as high as those of older adults, aged 70 and above," Coley said.

The analysis reveals a need for continued study of the pandemic's impact on mental health.

The findings suggest the need for increased access to mental health services and other supports to help adults face the economic, social, and psychological stressors of the COVID-19 pandemic, Coley said. There is also a need to assess whether rising mental health challenges continue to grow as the pandemic rages on and to delineate the longer-term effects of the social, economic, and psychological disruptions caused by COVID-19. For young adults particularly, the pandemic may have interrupted higher education plans and the initiation of careers and social and financial independence, with unknown long-term repercussions.

"The myriad stressors imposed by the COVID-19 pandemic have impaired mental health and well-being," said Baum, who also holds an appointment at BC's School of Social Work. "Although evidence from early in the pandemic revealed elevated rates of mental health conditions, research had not documented whether psychological disorders have continued to rise as the pandemic has persisted, or for whom they have risen most dramatically."

From ASCO: The Latest Research on Immunotherapy for Triple-Negative Breast Cancer
Jennifer Caudle, DO 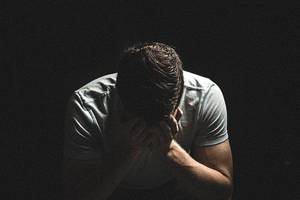 From ASCO: The Latest Research on Immunotherapy for Triple-Negative Breast Cancer
UP NEXT...
Exploring Early-Stage Mesothelioma: What Are the Latest Treatment Approaches?
CME