Over the past 18 months, researchers have learned much about COVID-19 and its viral cause, SARS-CoV-2. They know how the virus enters the body, coming in through the nose and mouth and beginning its infection in the mucus layers of the nasal passageway. They know that infections that remain in the upper airway are likely to be mild or asymptomatic, while infections that progress down the airway to the lungs are much more severe and can lead to fatal disease. And they have identified common risk factors for severe disease, like age, gender, and obesity. But there are still many unanswered questions -- such as when, and where, the course of severe COVID-19 is determined. Does the pathway to severe disease begin only after the body has failed to control mild disease, or could it start much earlier than that?

Researchers at the Ragon Institute of MGH, MIT, and Harvard; the Broad Institute of MIT and Harvard; Boston Children's Hospital (BCH); MIT; and the University of Mississippi Medical Center (UMMC) wondered whether this path towards severe disease could start much earlier than expected -- perhaps even within the initial response created when the virus enters the nose.

To test this, they studied cells taken from nasal swabs of patients at the time of their initial COVID-19 diagnosis, comparing patients who went on to develop mild COVID-19 to those who progressed into more severe disease and eventually required respiratory support. Their results showed that patients who went on to develop severe COVID-19 exhibited a much more muted antiviral response in the cells collected from those early swabs, compared to patients who had a mild course of disease. The paper appears in Cell.

"We wanted to understand if there were pronounced differences in samples taken early in the course of disease that were associated with different severities of COVID-19 as the disease progressed," said co-senior author José Ordovás-Montañés, an associate member in the Klarman Cell Observatory at Broad and assistant professor at BCH and Harvard Medical School. "Our findings suggest that the course of severe COVID-19 may be determined by the body's intrinsic antiviral response to initial infection, opening up new avenues for early interventions that could prevent severe disease."

To understand the early response to infection, Sarah Glover of the Division of Digestive Diseases at UMMC and her laboratory collected nasal swabs from 58 people. Thirty-five swabs came from COVID-19 patients, taken at the time of diagnosis, representing a variety of disease states from mild to severe. Seventeen swabs came from healthy volunteers and six came from patients with respiratory failure due to other causes. The team isolated individual cells from each sample and sequenced them, looking for RNA that would indicate what kind of proteins the cells were making -- a proxy for understanding what a given cell is doing at the moment of collection.

Cells use RNA as instructions to make proteins -- tools, machinery, and building blocks used within and by the cell to perform different functions and respond to its environment. By studying the collection of RNA in a cell -- its transcriptome -- researchers understand how a cell is responding, at that particular moment in time, to environmental changes such as a viral infection. Researchers can even use the transcriptome to see if individual cells are infected by an RNA virus like SARS-CoV-2.

Alex Shalek, co-senior author on the study, a member of the Ragon Institute of MGH, MIT, and Harvard, and institute member at Broad, specializes in studying the transcriptomes of individual cells. His lab has helped develop innovative approaches to sequence thousands of single cells from low-input clinical samples, like the nasal swab of COVID-19 patients, and uses the resulting data to create high-resolution pictures of the body's orchestrated response to infection at the sample site.

"Our single-cell sequencing approaches allow us to comprehensively study the body's response to disease at a specific moment in time," said Shalek, who is also an associate professor at MIT in the Institute for Medical Engineering & Science, the Department of Chemistry, and the Koch Institute for Integrative Cancer Research. "This gives us the ability to systematically explore features that differentiate one course of disease from another as well as cells that are infected from those that are not. We can then leverage this information to guide the development of more effective preventions and cures for COVID-19 and other viral infections."

Ordovás-Montañés's lab studies inflammatory responses and their memory, specializing in those found in epithelial cells -- the top layer of cells, like those that line your nasal passageways and are collected by nasal swabs. Working with the Shalek lab and that of Bruce Horwitz, a senior associate physician in the BCH Division of Emergency Medicine, the researchers interrogated how both epithelial and immune cells were responding to early COVID-19 infection from the single-cell transcriptome data.

First, the team found that the antiviral response, driven by a family of proteins called interferons, was much more muted in patients who went on to develop severe COVID-19. Second, patients with severe COVID-19 had higher amounts of highly inflammatory macrophages, immune cells that contribute to high amounts of inflammation, often found in severe or fatal COVID-19.

Since these samples were taken well before COVID-19 had reached its peak state of disease in the patients, both these findings indicate that the course of COVID-19 may be determined by the initial or very early response of the nasal epithelial and immune cells to the virus. The lack of strong initial antiviral response may allow the virus to spread more rapidly, increasing the chances that it can move from the upper to lower airways, while the recruitment of inflammatory immune cells could help drive the dangerous inflammation in severe disease.

Finally, the team also identified infected host cells and pathways associated with protection against infection -- cells and responses unique to patients that went on to develop a mild disease. These findings may allow researchers to discover new therapeutic strategies for COVID-19 and other respiratory viral infections.

If, as the team's evidence suggests, the early stages of infection can determine disease, it opens a path for scientists to develop early interventions that can help prevent severe COVID-19 from developing. The team's work even identified potential markers of severe disease, genes that were expressed in mild COVID-19 but not in severe COVID-19.

"Nearly all our severe COVID-19 samples lacked expression of several genes we would typically expect to see in an antiviral response," said Carly Ziegler, a graduate student in the Health Science and Technology program at MIT and Harvard and one of the study's co-first authors. "If further studies support our findings, we could use the same nasal swabs we use to diagnose COVID-19 to identity potentially severe cases before severe disease develops, creating an opportunity for effective early intervention."

About the Ragon Institute of MGH, MIT and Harvard

The Ragon Institute of MGH, MIT and Harvard was established in 2009 with a gift from the Phillip T. and Susan M. Ragon Foundation, creating a collaborative scientific mission among these institutions to harness the immune system to combat and cure human diseases. The Ragon Institute draws scientists, clinicians and engineers from diverse backgrounds and areas of expertise to study and understand the immune system with the goal of benefiting patients. For more information, visit http://www.ragoninstitute.org

About Broad Institute of MIT and Harvard

The Broad Institute of MIT and Harvard was founded in 2003 to empower this generation of creative scientists to transform medicine with new genome-based knowledge. The Broad Institute seeks to describe the molecular components of life and their connections; discover the molecular basis of major human diseases; develop effective new approaches to diagnostics and therapeutics; and disseminate discoveries, tools, methods and data openly to the entire scientific community.

Founded by MIT, Harvard and its affiliated hospitals, and the visionary Los Angeles philanthropists Eli and Edythe L. Broad, the Broad Institute includes faculty, professional staff and students from throughout the MIT and Harvard biomedical research communities and beyond, with collaborations spanning over a hundred private and public institutions in more than 40 countries worldwide. For further information about the Broad Institute, go to http://www.broadinstitute.org.

Tackling the Challenges of Care Coordination in NSCLC
Jennifer Caudle, DO 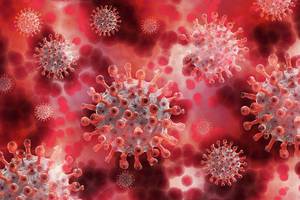 Tackling the Challenges of Care Coordination in NSCLC
UP NEXT...
Liquid and Tissue Biopsy in the Treatment of NSCLC: Focus on MET Gene Aberrations
CME