While people may expect suicide rates to rise during a worldwide crisis such as the COVID-19 pandemic, a University of Michigan study suggests the onset of the pandemic and state of emergency executive orders likely did not increase suicide-related behavior in the early months of the outbreak.

The report, led by U-M researchers Rachel Bergmans and Peter Larson, found that emergency room visits related to suicide attempt and self-harm decreased by 40% during the first eight months of Michigan's lockdown. Their results are published in the Journal of Epidemiology and Community Health.

Bergmans, a research fellow in the Survey Research Center at the U-M Institute for Social Research, says a strengthened social structure could be the reason for the decline in these visits.

"More research is needed to confirm why there was a decrease, but the earlier phase of the pandemic came with a lot of communitywide and individual changes including changes in unemployment. These types of factors can increase the risk of suicide," she said. "However, it's possible that things like financial assistance from stimulus checks, the eviction moratorium, and student loan support that people are receiving might have buffered against some of these other effects."

The specific method Bergmans and Larson used, called an autoregressive integrated moving average modeling approach, also took into account seasonal variations of suicide rates, which are higher in the spring and fall.

"Models are designed to be informative but sometimes reality might differ from predicted," said Larson, a research fellow in the Survey Research Center at the Institute for Social Research and a lecturer in the U-M School of Public Health. "I think the COVID-19 crisis is unique among the crises we've seen in the past few decades, so we should expect that the response in mental health also to be somewhat unique."

Although the researchers focused on one hospital in Michigan, they say other regions report decreases in death by suicide as well. Their data also appears to be consistent with data from other hospital systems across the country. In Japan, suicide mortality was 20% lower in April 2020 compared to April 2019--however, suicide rates in Japan began growing after the government stopped being proactive about coronavirus measures, the researchers said.

The analysis shows that the number of ER visits remained consistent until March 17, 2020, at an average number of 8.6 per day. After March 17, they dropped to 5.5 per day. Although ER visits for suicide attempt and self-harm declined overall, there were some differences across groups.

Bergmans and Larson suspect this may be because the closure of schools decreased exposure to psychological stressors at schools--and that young people had fewer opportunities for suicide-related behavior while their parents worked from home.

The researchers say one limitation of their study is the different ways people sought care during the pandemic, such as through telemedicine.

"This is one small study looking at one type of mental health outcome in a hospital system. Our findings are certainly consistent with places elsewhere, but I think this is really just the start of the type of work that needs to be done," Bergmans said. "This also points to the need for a greater understanding of how different populations were affected. We're really interested in exploring the potential health disparities as well, because COVID-19 has not treated all communities equally." 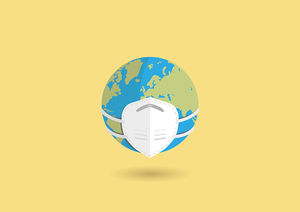