Exelixis, Inc. (NASDAQ: EXEL) today announced promising phase 2 results for CABOMETYX® (cabozantinib) in combination with Bristol Myers Squibb’s OPDIVO® (nivolumab) in patients with advanced or metastatic non-clear cell renal cell carcinoma (nccRCC) from an investigator-sponsored trial. The combination regimen showed promising efficacy and an acceptable safety profile in patients with metastatic nccRCC with papillary, unclassified, or translocation-associated histologies. The data will be presented as part of the Poster Discussion Session: Genitourinary Cancer – Kidney and Bladder at the 2021 American Society of Clinical Oncology (ASCO) Annual Meeting, which is being held virtually, June 4-8, 2021. All posters will be available on-demand beginning at 6:00 a.m. PT on Friday, June 4.

“The strong objective response rate associated with cabozantinib in combination with nivolumab in this trial is a meaningful finding for this patient community, who are typically not the focus of major clinical trials for kidney cancer,” said Dr. Chung-Han Lee, medical oncologist at Memorial Sloan Kettering Cancer Center, and principal investigator for the study. “We look forward to building on these results with additional insights into which types of non-clear cell renal cell carcinoma may be most likely to respond to this combination regimen.”

This single-institution, non-randomized, open-label, investigator-sponsored, phase 2 trial of CABOMETYX 40 mg in combination with OPDIVO (240 mg every two weeks or 480 mg every four weeks) was conducted by Memorial Sloan Kettering Cancer Center. The trial enrolled patients with advanced or metastatic nccRCC who had not received prior immune checkpoint inhibitor (ICI) therapy. A total of 47 patients were treated; 40 patients with papillary, unclassified, or translocation-associated RCC in cohort 1, and seven patients with chromophobe histology in cohort 2. Median follow-up was 13.1 months.

In cohort 1, CABOMETYX in combination with OPDIVO demonstrated an objective response rate (ORR) of 47.5% (95% confidence interval [CI]: 31.5–63.9). Among the 32 patients with papillary histology, ORR was 47% (95% CI: 29–65). Objective responses were seen in five of six patients with NF2 mutations, four of five patients with FH mutations and one of six patients with SETD2 mutations. Median duration of response was 13.6 months. Median progression-free survival was 12.5 months (95% CI: 6.3–15.9), and median overall survival was 28 months (95% CI: 16.3–non-estimable). A best response of stable disease was observed for five of seven patients in cohort 2.

“Following the recent FDA approval of CABOMETYX in combination with OPDIVO as a first-line treatment for patients with advanced renal cell carcinoma, we’re excited to see these new data specifically in non-clear cell RCC, a heterogeneous group of kidney cancers,” said Gisela Schwab, M.D., President, Product Development and Medical Affairs and Chief Medical Officer, Exelixis. “These positive phase 2 results build on our understanding of CABOMETYX’s potential use in papillary RCC, one of these subtypes, and may help physicians choose an appropriate first-line systemic therapy for their patients with advanced non-clear cell renal cell carcinoma.”

More information about this trial (NCT03635892) is available at ClinicalTrials.gov.

The American Cancer Society’s 2021 statistics cite kidney cancer as among the top ten most commonly diagnosed forms of cancer among both men and women in the U.S.1 If detected in its early stages, the five-year survival rate for RCC is high; for patients with advanced or late-stage metastatic RCC, however, the five-year survival rate is only 13%.1 Approximately 32,000 patients in the U.S. and 71,000 worldwide will require systemic treatment for advanced kidney cancer in 2021.2

About 70% of RCC cases are known as “clear cell” carcinomas, based on histology.3 Other subtypes, collectively grouped as nccRCC, constitute a diverse mixture of malignancies.4 Papillary histology accounts for about 15% of all renal cell carcinomas.5,6 Genomic and molecular characterization of papillary RCC has implicated MET signaling as a key driver of this cancer.6,7 Targeting VEGFR and other tyrosine kinases, including MET and AXL, has led to improved outcomes in RCC compared with sunitinib and further supported the investigation of MET-targeting tyrosine kinase inhibitors in nccRCC. 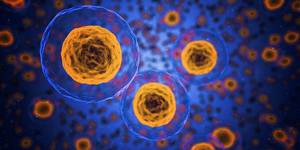