The U.S. Food and Drug Administration approved Koselugo (selumetinib) for the treatment of pediatric patients, 2 years of age and older, with neurofibromatosis type 1 (NF1), a genetic disorder of the nervous system causing tumors to grow on nerves. Koselugo is the first drug approved by the FDA to treat this debilitating, progressive and often disfiguring rare disease that typically begins early in life.

"Everyone's daily lives have been disrupted during the COVID-19 pandemic, and in this critical time we want patients to know that the FDA remains committed to making patients with rare tumors and life-threatening diseases, and their unique needs, a top priority. We continue to expedite product development for these patients," said Richard Pazdur, M.D., director of the FDA's Oncology Center of Excellence and acting director of the Office of Oncologic Diseases in the FDA's Center for Drug Evaluation and Research.

Koselugo is approved specifically for patients who have symptomatic, inoperable plexiform neurofibromas (PN), which are tumors involving the nerve sheaths (coating around nerve fibers) and can grow anywhere in the body, including the face, extremities, areas around the spine and deep in the body where they may affect organs. Koselugo is a kinase inhibitor, meaning it functions by blocking a key enzyme, which results in helping to stop the tumor cells from growing.

NF1 is a rare, progressive condition caused by a mutation or flaw in a particular gene. NF1 is usually diagnosed in early childhood and appears in an estimated 1 out of every 3,000 infants.  It is characterized by changes in skin coloring (pigmentation), neurologic and skeletal impairments and risk for the development of benign and malignant tumors throughout life. Between 30% and 50% of patients born with NF1 develop one or more PNs.

"We are committed to regulatory flexibility and providing extensive guidance to industry in an effort to bring drugs forward that fulfill unmet medical needs. Koselugo represents this commitment," noted Pazdur. "For the first time, pediatric patients now have an FDA-approved drug to treat plexiform neurofibroma, a rare tumor associated with NF1."

The FDA approved Koselugo based on a clinical trial conducted by the National Cancer Institute of pediatric patients who had NF1 and inoperable PN (defined as a PN that could not be completely removed without risk for substantial morbidity to the patient). The efficacy results were from 50 of the patients who received the recommended dose and had routine evaluations of changes in tumor size and tumor-related morbidities during the trial. Patients received Koselugo 25 mg/m2 orally twice a day until disease progression or until they experienced unacceptable adverse reactions. The clinical trial measured the overall response rate (ORR), defined as the percentage of patients with a complete response and those who experienced more than a 20% reduction in PN volume on MRI that was confirmed on a subsequent MRI within 3-6 months. The ORR was 66% and all patients had a partial response, meaning that no patients had complete disappearance of the tumor. Of these patients, 82% had a response lasting 12 months or longer.

Other clinical outcomes for patients during Koselugo treatment including changes in PN-related disfigurement, symptoms and functional impairments. Although the sample sizes of patients assessed for each PN-related morbidity (such as disfigurement, pain, strength and mobility problems, airway compression, visual impairment, and bladder or bowel dysfunction) were small, there appeared to be a trend of improvement in PN-related symptoms or functional deficits during treatment.

Koselugo can also cause serious side effects including heart failure (manifested as ejection fraction decrease, or when the muscle of the left ventricle of the heart is not pumping as well as normal) and ocular toxicity (acute and chronic damage to the eye) including retinal vein occlusion, retinal pigment epithelial detachment, and impaired vision. Patients should have cardiac and ophthalmic assessments performed prior to initiating Koselugo and at regular intervals during treatment. Koselugo can also cause increased creatinine phosphokinase (CPK). CPK is an enzyme found in the heart, brain, and skeletal muscles. When muscle tissue is damaged, CPK leaks into a person's blood. CPK elevation in a patient receiving Koselugo should prompt an evaluation for rhabdomyolysis (breakdown of skeletal muscle due to direct or indirect muscle injury). Koselugo should be withheld, dosage reduced or dosage permanently discontinued based on the severity of adverse reactions. Further, Koselugo contains Vitamin E, and patients are at an increased risk of bleeding if their daily intake of Vitamin E exceeds the recommended or safe limits.

Based on findings from animal studies, Koselugo may cause harm to a newborn baby when administered to a pregnant woman. The FDA advises health care professionals to tell females of reproductive age, and males with female partners of reproductive potential, to use effective contraception during treatment with Koselugo, and for one week after the last dose.

The FDA granted this application Priority Review and Breakthrough Therapy designation. Koselugo also received Orphan Drug designation, which provides incentives to assist and encourage the development of drugs for rare diseases, and Rare Pediatric Disease Designation for the treatment of pediatric NF1. The application is awarded a Rare Pediatric Disease Priority Review Voucher.

The FDA granted approval of Koselugo to AstraZeneca Pharmaceuticals LP. 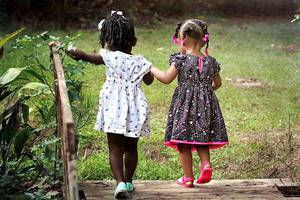