Only six percent of women with silicone breast implants followed the previous US Food and Drug Administration (FDA) recommendation for regular magnetic resonance imaging (MRI) screening, suggests a study in the August issue of Plastic and Reconstructive Surgery.

Despite discussion and information provided at the time of their breast implant procedure, most patients were unaware that MRI scans were recommended to detect asymptomatic implant rupture, according to the new research by Libby R. Copeland-Halperin, MD, of Brigham and Women's Hospital, Boston, and colleagues. They write, "Low adherence suggests that without repeated reinforcement, the importance of this recommendation may not be apparent to patients several years following surgery."

Silicone breast implants are widely used for breast reconstruction as well as cosmetic breast augmentation. Among the possible complications is implant rupture—one of the leading reasons for implant removal, with special concern about silicone leakage. Although implant rupture can cause various symptoms, up to half of women with ruptured implants have no symptoms.

Starting in 2006, the FDA recommended routine MRI scans for detection of implant rupture, starting three years after surgery and every two years thereafter. However, clinical experience suggested that many patients did not follow this recommendation. "Unfortunately, because routine, asymptomatic follow-up visits several years postoperatively may not be covered by insurance policies and cosmetic procedures/follow-up are not covered by insurance, many patients may not return for follow-up around the time MRI would be due," the researchers write.

How many women got recommended screening scans? Dr. Copeland-Halperin and colleagues performed a telephone survey with patients who had undergone silicone breast implant surgery between 2011 and 2016. The women were asked whether they were aware of the FDA screening recommendation, whether and why they had follow-up MRI scans, and any barriers to screening.

Of 130 women contacted, 109 agreed to participate in the survey. Of these, 86 had silicone implants placed for breast reconstruction and 23 for breast augmentation.

Overall, 15.6% of women had undergone MRI at any time after implant placement. However, only 5.9% had MRI scans within the FDA-recommended timeframe. Adherence to MRI screening was no different for women who underwent reconstructive versus cosmetic implant placement. Screening rates were also similar by insurance status or income level.

In contrast, nearly half of the women (48.6%) had undergone ultrasound or mammography for various reasons—most commonly for breast cancer screening or breast pain. That included nearly three-fourths of women (73.3%) who later underwent MRI. The researchers note that ultrasound and mammography are less costly than MRI, but less effective in detecting implant rupture.

Of 17 women who had an MRI scan at any time after implant placement, just one cited routine implant surveillance as a reason for scanning. None of the MRI scans detected any abnormality with the implant. Just three of the women who did not undergo MRI were aware of the screening recommendation. They didn't undergo testing because they had no concerns about their implants or they "didn't like MRIs."

The study finds low rates of awareness and adherence to the recommendation to undergo routine MRI screening after breast silicone implant placement. "Whether MRI is the optimal imaging modality, uncertainty about its clinical utility, and concerns about the economic cost of the FDA recommendation are topics of debate, and many plastic surgeons do not agree with the recommendation," the researchers write.

In 2020, the FDA changed its surveillance recommendations to include ultrasound or MRI beginning 5 to 6 years after silicone implant placement and every 2 to 3 years thereafter. "Because our study was initiated before this change, we examined patient awareness of and adherence to the prior recommendations," Dr. Copeland-Halperin comments. "It is possible that the new guidelines may improve patient adherence, though further studies are needed to determine this. Similarly, the perception of the guidelines among plastic surgeons may also have changed with the updated recommendations." 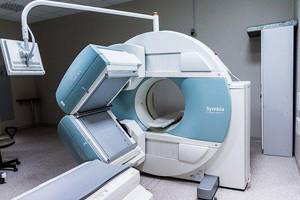