Knee reconstructions may lead to more problems later in life than non-surgical rehabilitation, researchers have found.

ACL injuries require lengthy rehabilitation and up to 12 months on the sidelines. However, many athletes also opt for surgery to reconstruct the torn ligament in the hope that this will get them back to sport sooner and prevent the development of knee arthritis.

To test the efficacy of this approach Dr. Culvenor and colleagues from Lund University in Sweden and Paracelsus Medical University in Austria conducted analyses on a world-first clinical trial involving 117 ACL injured athletes.

The participants were either given surgical reconstruction within 10 weeks after the injury or non-surgical rehabilitation with the option of having a reconstruction later in life. Their progress was then monitored for five years.

Magnetic resonance images (MRI) of the affected knee joints revealed that those who had undergone early surgery experienced a greater loss of kneecap cartilage – a key cause of arthritis.

“Indeed, early surgery was actually detrimental to knee joint health. We suggest that reconstruction surgery should not be used to prevent arthritis in young adults with an ACL injury. It may actually lead to more young people developing ‘old knees’.”

The research was recently published in the British Journal of Sports Medicine. 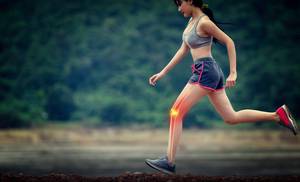