After eons spent preoccupied mostly with men, the sexual wellness industry is turning its attention to women, tapping into a multibillion-dollar market for medical devices, sex toys, and various potions, pills, and peptides.

“It’s been forever that sexual dysfunction mostly focused only on the male factor,” says Dr. Steven A. Rabin, a gynecologist who concentrates on sexual wellness at his Burbank practice. “It’s becoming less taboo for women to stand up for and demand optimization of this aspect of their health.“

One of the newer medical contraptions to hit the market is getting rave reviews. Used in high-end doctors' offices across the city, the Emsella chair is designed to strengthen their pelvic floor but has gained a reputation for doing a bit more.

Not long after one of the chairs was installed at the offices of a Calabasas OB-GYN, it began causing a commotion in the waiting room, where some surprised patients (who sit fully clothed for 30 minutes on the chair) were becoming visibly aroused. The red-faced doc eventually moved the chair to its own private room.

“That can happen in the chair because it delivers high-intensity, focused electromagnetic waves that improve vaginal sensation,” explains Dr. Avi Ishaaya of L.A.’s Optima Medical Spa. “It’s the equivalent of doing 15,000 Kegel exercises.”  Six sessions in the Emsella chair will run patients about $1,800.

Sound waves, which were once used to treat erectile dysfunction, are now being used to make women more sensitive in all the right places. Cliovana uses the technology to encourage the growth of new nerve endings and blood vessels in the clitoris. There’s also the O-Shot, where platelets are injected into the area to create a better sexual experience, as well as the prescription drug Vyleesi, designed to treat low sexual desire.

Even dermatology lasers designed to remove fine lines and wrinkles on the face are being reworked for the nether regions. At gynecologists’ offices across the city, women are signing up for Mona Lisa laser treatments, which Dr. Rabin sees as a game changer. “It removes the cringe for menopausal women and makes sex awesome like it used to be,” Rabin says. “Women love it.” The average price is about $800 a treatment.

But while many are relishing their recharged sex lives, others are reluctant to invest big bucks in more pleasure between the sheets.

“If I’m going to spend that kind of money,” one 50-something woman said, “it’s going on my face where people can see it.” 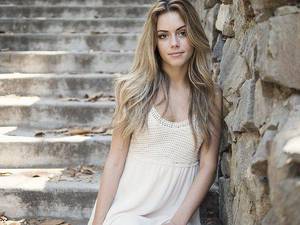