Polycystic ovary syndrome (PCOS), an infertility disorder affecting at least 15% of reproductive-age women, may have at least two different subtypes, suggests a study funded by the National Institutes of Health. The findings could provide important information on the possible causes of PCOS and for developing more effective ways to treat the condition. The study appears in PLOS Medicine and was funded by NIH’s Eunice Kennedy Shriver National Institute of Child Health and Human Development (NICHD) and National Institute of Diabetes and Digestive and Kidney Diseases.

PCOS is characterized by irregular or missing menstrual periods (due to lack of or infrequent ovulation), high levels of androgens (male hormones), and small cysts on the ovaries. Women with PCOS are also at higher risk of diabetes and heart disease.

The current study analyzed the genes of nearly 900 women who had irregular menstrual periods. Researchers categorized them according to their body mass index (BMI) and levels of glucose, insulin, and reproductive hormones, including androgens. Their analysis revealed two PCOS subtypes, each associated with distinct groups of gene variants. The reproductive subtype, about 23%, had higher levels of luteinizing hormone (LH), a pituitary hormone that regulates the ovaries, and sex hormone-binding globulin (SHBG), a protein that transports estrogen and androgens. This subtype also tended to have a lower BMI and lower insulin levels than the others.

The metabolic group, roughly 37%, had a higher BMI, higher glucose and insulin levels, and lower levels of SHBG and LH. The remaining women had no clear combinations of traits but had a greater frequency of gene variants associated with PCOS, suggesting that this group may be distinct from the others. Understanding the genes underlying these subtypes may yield new ways to diagnose PCOS and develop personalized treatments.

The study was conducted by Andrea Dunaif, M.D., of the Mount Sinai Health System in New York City, and colleagues. 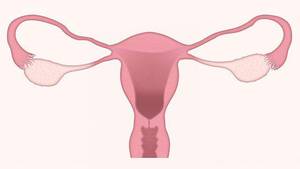