As human lifespans increase, new societal challenges arise. In a "superaging society," in which young people are few and older people are many, caring for the older adult population adequately with limited resources is a difficult balancing act to perform. However, the hope is that by implementing new knowledge of how to keep aging adults healthy, caring responsibilities may be lightened.

In an article that was recently published in Alzheimer's & Dementia, a research team from the University of Tsukuba puts their findings that a game-like intervention called Synapsology helps to improve cognitive function and physical capabilities in older adults and its implications into perspective.

In areas of research such as pathological changes to the brain during aging (for example, mild cognitive impairment and dementia), a lot remains unknown. Although drug therapies to treat dementia are available and more are continually being developed, prevention is arguably the most important area of focus in working toward humankind's goal of healthy long life. Convincing evidence exists that dual-task exercises, which are performed by the brain and body simultaneously, have the potential to be beneficial for the physical and mental health of older adults. However, as highlighted by the World Health Organization, the weak link in this area of research was the lack of translation of dual-task exercises into practice to yield concrete evidence on efficacy.

"We conducted a study to assess the effects of 60-minute sessions of Synapsology twice per week," says Professor Jieun Yoon. "The exercises combined body movement with tasks that stimulate frontal, temporal, and occipital brain activity. We found that, in comparison with older adults aged 85 to 97 who did not take part, those who did maintained or improved their cognitive and physical abilities over a period of 24 weeks."

Synapsology is also a cost-effective intervention, because it doesn't require special tools or facilities. This means that the findings of the study were likely to be useful because Synapsology can be scaled and adapted.

"Furthermore, we used well-known measures to quantify the changes to cognitive and physical function," adds Professor Yoon, "which means that both the intervention and the assessment can be extended to different populations of older adults to yield sufficient evidence to support the use of this dual-task intervention at a scale that can have a societal impact." 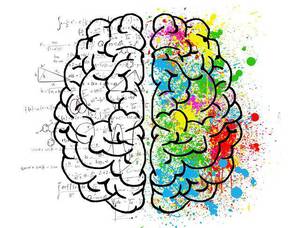