A growing number of Americans are at high risk for vision loss, a new study published Thursday by JAMA Ophthalmology has found.

In a comparison of eye health data for two years, researchers from the U.S. Centers for Disease Control and Prevention estimate that 93 million adults across the country were at increased risk for diseases such as age-related macular degeneration, cataracts, diabetic retinopathy, and glaucoma, among others, in 2017. That is nearly 30 million more than the 65 million at risk in 2002.

Overall, the researchers say nearly 38 percent of U.S. adults were at risk for loss of vision as a result of eye diseases or other causes in 2017.

"The aging population contributed to part of this increase," the authors say, pointing out in the report that the percentage of adults 65 years or older nationally increased from 16 percent in 2002 to 20 percent in 2017.

The CDC researchers derived their estimates from responses to the National Health Interview Survey, an annual, nationally representative sample of U.S. adults. They focused on three self-reported measures: visits to eye care professionals, eye exams and need for -- but the inability to afford -- eyeglasses.

However, more people reported needing eyeglasses and being unable to afford them in 2017, 8.7 percent, than in 2002, 8.3 percent. Perhaps not surprisingly, in 2017, individuals with lower incomes were more likely to report eyeglasses as unaffordable, 13.6 percent, compared to those with higher incomes, 5.7 percent.

"Among adults at high risk for vision loss, just over one half reported receiving eye care," the authors wrote. "Although the percentage has increased over the past 15 years, the increase has been modest, and disparities by race/ethnicity, poverty level, health insurance status, and US region of residence remain." 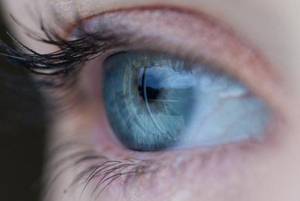