Henry Ford Health was part of a multi-institutional heart failure study that was launched and executed completely virtual during the COVID-19 pandemic. The novel study design could serve as a model for future research.

Unlike traditional clinical trials that involve in-person clinic visits, researchers in this study engaged directly with more than 400 patients through a mobile app and secure website to collect participants’ data and other information. Patients received study medication delivered to their home, used the mobile app and Fitbit to monitor their physical activity and complete online symptom surveys. Enrollment was about five times faster than the average in-person heart failure clinical trials.

David Lanfear, M.D., a Henry Ford advanced heart failure specialist, said the virtual study is believed to be the first randomized drug study of its kind in cardiology. He was among the eight co-authors on the study published in Nature Medicine.

“What this study demonstrated is that you can execute a virtual clinical trial with greater efficiency than a traditional, in-person trial,” Dr. Lanfear said. “This could lead to more people getting involved in medical research because of the convenience of participating from home and the potential for lower costs and faster results.”

Henry Ford enrolled 60 patients in the study, second highest among the 18 U.S. participating health systems. A total of 476 patients were enrolled between March 2020 and February 2021 ranging in age from 20 – 94 years old. The researchers sought to test the impact of a heart failure drug on system severity and quality of life in heart failure patients.

The study drug was a sodium-glucose co-transporter 2 inhibitor (SGLT2i), a class of drugs that are newer in heart failure treatment and shown to improve clinical outcomes in patients in large randomized traditional clinical trials. The study was also unique in the way it focused on how patients feel and live, which is sometimes referred to as “patient reported outcomes”.

Dr. Lanfear said the study evaluated a different agent in the SGLT2 inhibitors that hadn’t been used in previous heart failure studies. The results show improved symptoms and health status in patients, adding to the growing body of evidence on the benefits of this class of medications.  “Improving symptom burden is one of our main goals for managing heart failure patients,” Dr. Lanfear said. “Clearly, what this study showed is that these agents have meaningful impact on patients within just weeks of starting treatment, which we were able to prove using a virtual research approach.” 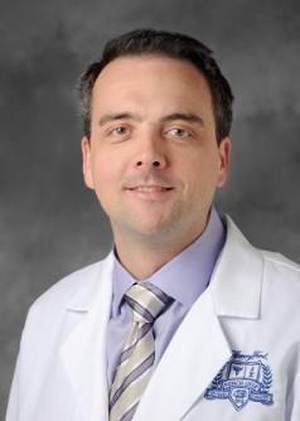