(Demand for Abbott Laboratories' at-home COVID-19 tests has reached "unprecedented" levels and supply may be limited in the coming weeks, the company says.

Sales have skyrocketed due to the surge in cases driven by the highly transmissible Delta variant, CNN reported.

"Today, there are tens of millions of BinaxNOW tests in various settings and supply chains. We're working with our customers to ensure tests get to where they're most needed and we're ramping back up, as we did last year," Koval said. "There will be some supply constraints over the coming weeks as increased capacity comes online."

"We continue to see increases in demand for COVID-19 PCR testing due to Delta and as the school year begins," Christopher Allman-Bradshaw, a spokesperson for Labcorp, told CNN. "We report numbers on a quarterly basis that we have seen an increase in testing as caseloads rise."

Quest Diagnostics has seen a similar rise in demand for diagnostic testing.

"While COVID-19 molecular diagnostic testing demand and positivity rates have climbed in recent weeks due to the nationwide increase in COVID-19 cases, we are performing and reporting the majority of COVID-19 tests within one day," Kim Gorode, a spokesperson for Quest Diagnostics, told CNN. "We have ample capacity, but are adding molecular test instruments to bolster readiness in select laboratories in the Southeast and Southwest, where demand is comparatively high." 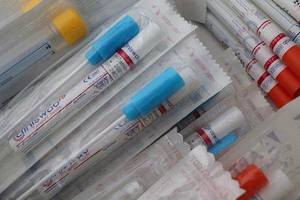 How Dietary Choices Can Influence Cancer Outcomes
UP NEXT...
Overcoming Arising Complications in Lung Cancer Care Due to COVID-19
CME