An enzyme found in fat tissue in the center of our bones helps control the production of new bone and fat cells, shows a study in mice published today in eLife.

The findings may help scientists better understand how the body maintains fat stores and bone production in response to changing conditions, such as during aging. They may also suggest new approaches to treating conditions that cause bone loss in older adults.

Fat cells, including those found in the bone marrow, are increasingly recognized as an important part of the body that helps regulate body weight, insulin sensitivity, and bone mass. Fat tissue in the bone marrow expands as people age, or when they take certain diabetes medications, and during prolonged fasting.

"This expansion of bone marrow fat is strongly associated with bone loss in mice and humans," explains lead author Nicole Aaron, Ph.D., a graduate student at Columbia University Vagelos College of Physicians and Surgeons, New York, US. "But how these changes occur is still not well understood."

Aaron and her colleagues conducted a series of experiments to explore these processes further. They fed mice a calorie-restricted diet and found that this caused fat in their bone marrow to grow and increased the production of an enzyme called adipsin. The levels of adipsin were also high in mice treated with a diabetes drug called rosiglitazone, which increases bone marrow fat and decreases bone mass. Aging also caused similar changes in the animals.

The team then carried out similar experiments in mice that were genetically engineered to lack adipsin. They found that the animals were resistant to these changes, and had less bone marrow fat and stronger bones. Specifically, these experiments showed that adipsin appears to cause stem cells in the bone marrow to develop into fat cells rather than bone cells.

"Similarly, results from our human studies also revealed that the expansion of bone marrow fat with fasting was associated with a marked increase in adipsin and evidence of bone breakdown," says author Clifford Rosen, Director of Clinical and Translational Research at Maine Medical Center, Portland, Maine, US. "These findings may help explain the link between expansion of bone marrow fat tissue and bone strength, particularly during aging."

Drugs that block adipsin are currently being developed to treat people with a form of age-related vision loss. The current study also suggests these drugs might help increase bone mass in older people with diseases such as osteoporosis that cause progressive bone loss.

"There is the potential for these existing treatments to be repurposed to treat and prevent age-related skeletal disorders," concludes senior author Li Qiang, Ph.D., Assistant Professor of Pathology and Cell Biology at Columbia University Vagelos College of Physicians and Surgeons. "These treatments could also potentially be targeted to individuals who develop bone loss as a result of eating disorders, such as anorexia, or aging." 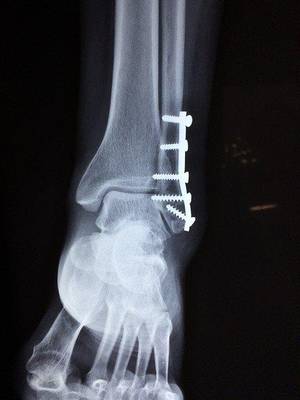