As we age, joints start to ache. Knees hurt getting out of a car or knuckles swell until it’s difficult to open a jar. Joint pain and swelling like this can be signs of arthritis and by 2040, it’s estimated 78 million Americans 18 years or older will have a form of the condition.

One of the most common forms is osteoarthritis, where the smooth cartilage joint surface wears out in an isolated joint. It’s a “wear and tear” arthritis, meaning it can be caused by overuse over time, like knee bending. Another common type of arthritis, rheumatoid arthritis, is the most common autoimmune disease in the United States, according to Aaron Stubbs, M.D., a rheumatology fellow at Michigan Medicine. In fact, 1.3 million Americans have the condition.

“Rheumatoid arthritis is an autoimmune condition where cells that deal with infections start attacking the body and joints,” Stubbs says. He adds that although both types of arthritis damage joints, there are a few differences that discern the two.

“Unlike osteoarthritis where you may feel discomfort accumulate after a long day, rheumatoid arthritis often causes more stiffness in the morning,” Stubbs says.

The location of symptoms can be different too, according to Stubbs. In rheumatoid arthritis, the pain will usually start in the hands and feet, only later moving to the knees and other larger joints. This is why many rheumatoid arthritis patients can’t ball their hands into fists, and those with osteoarthritis may not experience that difficulty.

The two conditions present differently but both can strike people at any age and have similar risk factors, like smoking and obesity.

“Your weight can play a role in acquiring arthritis, and it most definitely can exacerbate hallmark arthritis symptoms, like joint pain, stiffness, fatigue, and difficulty concentrating,” says Andrew Schrepf. Ph.D., a research investigator at Michigan Medicine’s Chronic Pain and Fatigue Research Center.

There’s a well-established relationship between obesity and pain, so diet plays a key part in preventing and managing arthritis symptoms. “A low-calorie Mediterranean diet high in Omega 3 fatty acids and low in Omega-6 fatty acids, specifically,” Schrepf says. “Because even when a new drug does a great job controlling inflammation, it doesn’t mean all the other arthritis features get better.”

He notes that when surveying patients, Schrepf found that the most frustrating symptom of arthritis wasn’t actually the joint pain. It was the chronic fatigue. This led him to believe that there’s an aspect of the disease researchers haven’t figured out yet, and it inspired a study with Amy Rothberg, M.D., Ph.D., director of Michigan Medicine’s Weight Management Program.

When obese patients lost 10% or more of their body weight in the Weight Management Program, they had an improvement of pain all over the body, not just the joints. They reported relief in typical symptoms, like having fewer migraines, improved concentration, less abdominal pain, and better sleep. Those that had a blood test before and after the program showed a dramatic increase in an anti-inflammatory molecule.

“This is why, aside from exercising, a low-calorie diet can help manage arthritis pains,” Schrepf says. “Eating fewer calories can actually change your cells and induce changes in the immune system and combat pain.”

Multiple Myeloma: Who to Screen & How
Yuri Fesko, MD 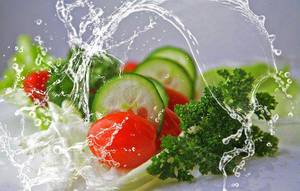 Multiple Myeloma: Who to Screen & How
UP NEXT...
A "Breakthrough" Case: 16-Year-Old Male Who Develops Recurrent DVT While on Prophylactic Anticoagulation
CME