The year 2020 was marked by lockdowns as a result of the COVID-19 pandemic, as well as the killing of George Floyd by Minneapolis police and ensuing protests across the United States. A new study analyzed the effect of these events on crime rates in many of the largest U.S. cities. The study found that the pandemic and the protests were associated with significant changes in urban crime, but the direction of changes varied by crime type: Homicides and auto thefts rose while robberies and larcenies declined.

The study, by researchers at Carnegie Mellon University (CMU), appears in Statistics and Public Policy.

"The patterns we documented are complex," says Amelia Haviland, professor of statistics and Health Policy at CMU's Heinz College, who coauthored the study. "Crime rates by type usually move in tandem, but this did not occur in the periods we studied. Instead, we found a sustained increase in homicides throughout the pandemic and in auto thefts beginning in June 2020, and sustained declines in larceny and robbery throughout the year."

The study analyzed the impact of the pandemic, George Floyd's murder, and subsequent protests in 2020 in 28 of the 70 largest U.S. cities on five crimes: homicide, auto theft, burglary, robbery, and larceny. Crime rates came from publicly available weekly reports published by the cities during four periods in 2020—prepandemic (January to early March), lockdown (mid-March to May), summer protests (June to August), and the end of the year (September to December)—and were compared to rates in 2018 and 2019. The study also used data from the U.S. Census Bureau, news outlets, and state and county health departments.

For homicide, seasonally adjusted rates in 2020 were higher than rates in 2018 and 2019, including during the January and February preceding the start of the lockdown in March and George Floyd's murder in May 2020. While the increase during the summer protests and in the rest of the year were larger than in the prepandemic winter period, the differences were not statistically significant; this calls into question explanations that attribute the increase to factors related to the protests after George Floyd's killing. The authors suggest that the underlying reasons for the changes may include social unrest, economic conditions, and changed police behavior.

Auto theft rates increased significantly during the summer and at the end of the year, compared with rates from the start of 2020 and from 2018 and 2019. Robbery and larceny rates declined significantly in 2020 from the prior two years. Burglary rates also fell, but the declines were not statistically significant.

In addition to examining crime rates, the study examined cities' lockdown restrictions (including how strict they were) to determine the effect of these regulations on crime. Homicide rates declined during and immediately before the week each city locked down and then fluctuated, while burglary and auto theft rates were close to typical rates until the very end of the lockdown period, when both abruptly increased in the final biweekly period. These increases may be associated with the early response to George Floyd's murder (the second week of this period was the week of his murder), or they might be attributable to a threshold effect of increases in cities' openness or other factors.

One of the explanations for the study's findings relates to opportunity: The decline in robbery rates may have been caused by reductions in the number of people on the streets, particularly at night, which reduced the number of potential targets. Rates of larceny may have declined due to the closure of streets or reduced foot traffic, as well as increased security (for mask enforcement) in stores. The increase in auto thefts may have occurred because there were more vehicles sitting idle on the streets and fewer people, including police, outside. The opportunity explanation does not address the reason for the rise in homicides, the authors note.

"The first year of the pandemic was a natural experiment that presented a unique opportunity to test various theories of the causes of crime, particularly those related to opportunity," explains Mikaela Meyer, a Ph.D. student in statistics and data science at CMU's Heinz College, who coauthored the study. "However, we caution against offering national policy recommendations based on lessons learned from this natural experiment until we have more evidence." 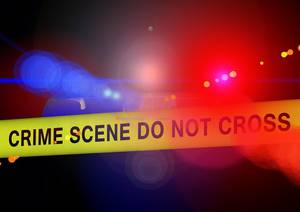 Why ICIs Have Revolutionized Cancer Care
UP NEXT...
Genetic Testing for Hereditary Breast & Ovarian Cancers: What the Guidelines Say
CME