The addition of procarbazine, lomustine, and vincristine (PCV) chemotherapy to Radiation Therapy (RT) was shown to lengthen both disease control and survival relative to RT alone as first-line therapy following surgery on the NRG/Radiation Therapy Oncology Group (RTOG) 9402 and European Organization for the Research and Treatment of Cancer (EORTC) 26951 clinical trials. The results reinforce the importance of PCV as a therapeutic chemotherapy regimen for gliomas, despite a transition, since these studies were launched, to temozolomide due to its lower toxicity and perceived equivalence of efficacy. Updated mature long-term results from the RTOG and EORTC studies were recently published as a joint report in the Journal of Clinical Oncology.

In these updated analyses, after nearly 20 years of median follow-up in both studies, overall survival (OS) rates among patients with chromosome 1p19q codeleted tumors randomized to PCV-chemoradiotherapy at 10, 15, and 20 years were 57%, 51%, and 37% in the EORTC study and 57%, 46%, and 37% in the RTOG study vs. 43%, 26%, and 14% and 32%, 25%, and 15% for patients treated with RT alone.  Progression-free survival (PFS) and OS were also longer with PCV and RT than RT alone among patients with IDH-mutant non-codeleted tumors in both studies.

“Both studies demonstrated a 40% reduction in the risk of death (HR 0.59 RTOG, 0.60 EORTC) by adding neo/adjuvant PCV to RT in 1p19q codeleted anaplastic oligodendroglial tumors, with median survival of ~14 years (13.2 RTOG, 14.2 EORTC).  Even more remarkably, in this extremely long-term and mature analysis, 20-years after diagnosis, approximately 30% of patients with a co-deleted tumor remained progression-free and nearly 40% were still alive following PCV-chemoradiotherapy.  These trials, initiated nearly 30 years ago under the visionary leadership of Dr. Gregory Cairncross (RTOG), Martin van den Bent (EORTC) and colleagues, transformed our understanding of the clinical behavior of molecularly defined gliomas and contributed to the classification of gliomas used globally today.  Importantly, these extremely long-term results also show that early PCV can be associated with durable disease control and survival, especially among patients with 1p19q codeleted tumors,” stated Andrew B. Lassman, MD, chief of neuro-oncology at Columbia University Vagelos College of Physicians and Surgeons, Herbert Irving Comprehensive Cancer Center, and New York-Presbyterian Hospital, New York, NY, and the lead author of the NRG/RTOG 9402 EORTC manuscript. 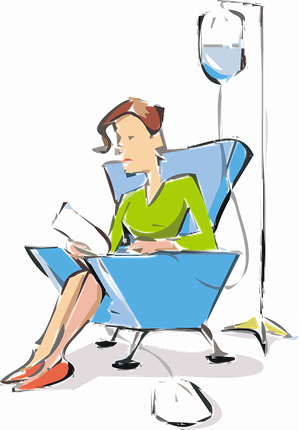