Men who suffer from chronic kidney disease (CKD) have greater rates of reduced blood vessel function, or endothelial function, compared to women with the same disorder. However, when accounting for age, men and women under 55 were found to have higher blood vessel function than their older counterparts. The findings are presented in a first-of-its-kind study published in the American Journal of Physiology-Renal Physiology. The study, chosen as an APS select article for July, was conducted among a cohort of more than 200 men and women over the course of four years.

The study also concluded younger women had higher blood vessel function than younger men—another first in scientific literature—though these differences were shown to dissipate with age.

“It confirms several other lines of evidence from pre-clinical and clinical studies suggesting that the one-size-fits-all principle is no longer an acceptable approach to examine sex and aging disparities in vascular function in humans,” said Nicholas T. Kruse, Ph.D., one of the primary researchers on the study.

Approximately 37 million people in the U.S. suffer from CKD, according to the National Kidney Foundation. The Foundation estimates CKD kills more people than breast cancer or prostate cancer. It is considered an under-recognized public health crisis. 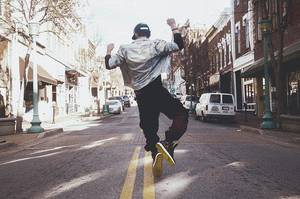