A study led by researchers at the National Institute for Health and Care Research (NIHR) Leicester Biomedical Research Centre has shown that a less invasive heart procedure for a common condition is just as effective as conventional open-heart surgery. The findings are published in the Journal of the American Medical Association (JAMA) today (Tuesday 17 May).

The study compared Transcatheter Aortic Valve Implantation (TAVI) to conventional surgery in treating severe symptomatic aortic stenosis. In this condition there is a narrowing of the valve that blood flows through as it leaves the heart and treatment often requires surgery. It is estimated that 1.5% of UK adults over 55 and 3.5% of those over 75 have this condition.

The study is the first publicly funded study of its kind, receiving over £3 million from the NIHR Health Technology Assessment (HTA) program, and involved every centre in the UK that performs TAVI.

The first TAVI in the UK was performed in Leicester in 2007 by a multidisciplinary team at Glenfield Hospital in Leicester, led by Professor Jan Kovac. In a TAVI procedure, a new valve is threaded through a small tube inserted into an artery in the groin, upper arm or chest. It provides an alternative to open-heart surgery and is widely used across the UK.

Previous studies have shown TAVI is a safe and effective treatment for people who are not eligible for conventional surgery or at high operative risk. However, this study included patients who were at lower risk and suitable for either procedure. The study found that, one year after treatment, the rates of death from any cause and other important clinical outcomes such as stroke were similar between the TAVI group and the surgery group.

The study included 913 participants who were randomized to either undergo the TAVI procedure or conventional surgery. The average age of participants was 81. Those who underwent TAVI were more likely to experience vascular complications and require pacemakers, while those who underwent surgery were more likely to experience severe bleeding. There was a greater improvement in symptoms, functional capacity and quality of life at 6 weeks in the patients who received TAVI and the quality of life advantage was still present at one year.

Professor William Toff, Professor of Cardiology in the University of Leicester's Department of Cardiovascular Sciences, led the UK TAVI study. 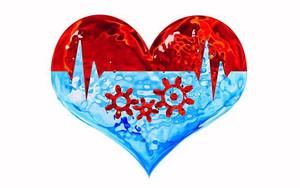