A study reported in December in an article in European Child & Adolescent Psychiatry shows an association between child poverty and a heightened propensity to develop externalizing disorders during adolescence and early adulthood, especially among girls.

According to psychiatrists, externalizing disorders are characterized by poor impulse control, rule-breaking, aggression, impulsivity, attention deficit, and hyperactivity, among other forms of behavior.

The researchers who conducted the study concluded that multidimensional poverty and exposure to stressful life events, including frequent deaths and family conflicts, were avoidable risk factors that should be addressed in childhood in order to reduce the impact of mental health problems in adult life. The analysis took into account parental education, access to basic services, housing conditions, and family infrastructure, among other variables.

For about seven years, 1,590 students enrolled at public schools in Porto Alegre and São Paulo (Brazil) were evaluated in three stages, the last in 2018-19. The students are participants in the Brazilian High-Risk Cohort Study for Childhood Psychiatric Disorders (BHRC), a major community-based survey involving 2,511 families with children aged 6-10 when it began in 2010.

Considered one of the most ambitious childhood mental health surveys ever conducted in Brazil, the BHRC, also known as Project Connection—Minds of the Future, is led by the National Institute of Developmental Psychiatry (INPD), which is supported by FAPESP and the National Council for Scientific and Technological Development (CNPq). Its principal investigator is Eurípedes Constantino Miguel Filho, a professor in the Department of Psychiatry at the University of São Paulo’s Medical School (FM-USP). More than 80 university professors and researchers affiliated with 22 institutions in Brazil and elsewhere are involved in its activities.

“It seems common sense to say that poverty correlates with the future development of mental health problems, but this is the first survey ever conducted in Brazil to analyze child and young adult mental health on the basis of psychiatric assessments carried out on more than one occasion. We designed our study so as to be able to collect data on mental health in adolescence and early adulthood,” said Carolina Ziebold, the first author of the article. Ziebold is a researcher in the Department of Psychiatry at the Federal University of São Paulo (UNIFESP).

The researchers used the Development and Wellbeing Assessment (DAWBA), a package of interviews, questionnaires, and rating techniques, to obtain psychiatric diagnoses in childhood (9-10), adolescence (13-14), and early adulthood (18-19). They set out to detect internalizing disorders, such as depression and anxiety, as well as externalizing disorders, although the former were not a significant proportion of the overall results.

They used a specific questionnaire to assess the socio-economic status of the families, concluding that 11.4% of the sample were living in conditions of poverty.

“The three-stage psychiatric assessment produced consistent results thanks to the tracking of variations over time. Children of poor families had lower levels of externalizing disorders than non-poor children in the first stage, but after a few years the curve was inverted and disorders steadily increased among poor children, with a 63% probability of developing disorders, while they decreased among the non-poor,” Ziebold said.

Stratification by gender showed that child poverty had particularly adverse consequences for women. “This finding was especially striking and can be considered one of the most significant,” Ziebold said.

“Externalizing disorders are generally more frequent in males. Our hypothesis is that mental health problems are less likely to be diagnosed early in poor girls, either in the family or at school. In addition, they tend to take responsibility for more domestic work from an early age, such as caring for younger siblings and sick family members. This extra burden exposes them more to stressful life events, increasing the likelihood of their developing mental health disorders in adulthood.”

Externalizing disorders were particularly harmful to women in terms of their impact on educational attainment, leading to repetition, dropout, and age-grade distortion, as shown by a study by the group published recently in the journal Epidemiology and Psychiatric Sciences.

Also using BHRC data, the study concluded that at least ten out of every 100 girls older than the appropriate age for their school grade could have accompanied their age group if mental health problems, especially externalizing disorders, were prevented or treated. In the case of grade repetition, five out of every 100 girls would not have been failed.

“Children and young adults with externalizing disorders may be more likely to fall behind in learning, social development, and the job market, increasing the likelihood of poverty in later adult life,” Ziebold said.

In Brazil, the odds that children will repeat their parents’ low educational attainment are double the odds in the United States, for example, and well above the average for the 38 countries in the Organization for Economic Cooperation and Development (OECD). Almost six in every ten Brazilians (58.3%) whose parents did not complete their secondary education have also dropped out of school. In the US and OECD, the proportion is 29.2% and 33.4% respectively, according to the analysis of intergenerational mobility by the Institute for Mobility and Social Development (IMDS).

The analysis took into account parental education, access to basic services, housing conditions, and family infrastructure, among other variables. Image is in the public domain

Because of the long-term impact of externalizing disorders on health and social outcomes in adult life, the researchers’ findings reinforce the importance of anti-poverty interventions in early childhood, according to Ziebold.

“When we stress the need to reduce poverty in order to reduce the prevalence of mental health disorders, we’re thinking about the issue multidimensionally,” she said.

“There are no quick solutions. Immediate actions, such as waiving school fees, and providing cash transfers and income assistance for poor families, are important, but it’s also necessary to think about broader measures involving the promotion of socio-emotional skills, stress reduction, access to education, and access to mental health services.”

The proportion of the population living in poverty has grown alarmingly during the COVID-19 pandemic, she added. According to a report issued by UNICEF, 100 million more children have fallen into multidimensional poverty worldwide, for an increase of 10% since 2019.

The report also says that by October 2020, the pandemic had disrupted or halted critical mental health services in 93% of countries and that more than 13% of girls and boys aged 10-19 are living with a diagnosed mental disorder. Even in a best-case scenario, it adds, seven to eight years will be needed to recover and return to pre-pandemic levels of child poverty.

About this poverty and mental health research news 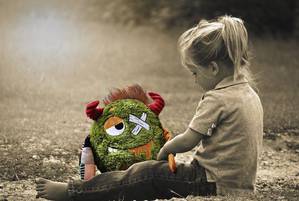