Men: A bulging belly may be bad for more than your heart. A new study suggests it might also up your risk of dying from prostate cancer.

Researchers analyzed data from more than 218,000 men in Britain who were free of cancer when they enrolled in the U.K. BioBank study between 2006 and 2010.

Over almost 11 years of follow-up, nearly 600 of the men died of prostate cancer. There was no clear association between risk of prostate cancer death and body mass index (BMI -- an estimate of body fat based on weight and height) or total body fat percentage.

However, there was a link between high levels of fat around the belly and waist (central adiposity) and prostate cancer death risk, according to the study being presented this week at the virtual European and International Conference on Obesity.

"We found a significant association between concentration of body fat around the belly and waist and the risk of prostate cancer death, but no clear association between total body fat and risk of prostate cancer death," said study author Aurora Pérez-Cornago, a senior nutritional epidemiologist and Cancer Research UK fellow at the Cancer Epidemiology Unit of the University of Oxford.

"A high BMI increases the risk of other diseases, including other types of cancer, so people should consider the implications of excess body fat wherever it is found in the body," she added in a meeting news release.

"Future work will examine associations between adiposity and aggressive types of prostate cancer, including advanced-stage and high-grade disease," Pérez-Cornago concluded. 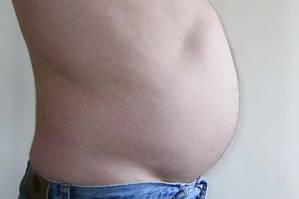 Anticipated Updates from ASH 2021: What’s New in CLL & MCL?
UP NEXT...
The Financial Burden of Cancer: Report from the American Cancer Society
CME