Patients taking statin medications have significantly lower risk of intracerebral hemorrhage (ICH), especially with long-term use, according to a population-based case-controlled study of statin use in more 16,000 patients in Denmark who were admitted for first time ICH.

The researchers used the Danish Stroke Registry to identify all patients older than 45-years with a first-ever ICH between 2005-2018. The 16,235 ICH cases and 640,943 controls from the general population were matched for age, gender, and calendar year. Statin use was collected from a medication registry, with information on all dispensed prescriptions at community pharmacies in Denmark since 1995.

When stratified by intensity of treatment, high-intensity statin therapy for one year was associated with 22 percent lower risk and the risk was 54 percent lower among patients treated for 10 years or more, according to the study, published online ahead of print in Neurology on May 16.

An analysis of the risk for ICH using different statins—simvastatin, atorvastatin, or rosuvastatin—found similar rates of protection, although high-dose atorvastatin was associated with a lower risk of ICH as was long-term simvastatin.

“I believe this study is the largest of its kind with detailed data on long-term use of statins,” said author David Gaist, Ph.D., professor of neurology at the University of Southern Denmark Odense University Hospital in Odense. “It provides Class II evidence that current statin use, and longer duration of statin use, are each associated with a lower risk of ICH,” he told Neurology Today.

“Obtaining reliable data on use of medications over decades for large patient samples, would be quite a formidable challenge in many settings, so I regard this as a major study strength. We were able to analyze prospectively collected information on long-term statin in a nationwide registry with information on prescriptions dispensed at all community pharmacies in Denmark since 1995,” Dr. Gaist noted.

“The study is observational and can therefore not prove causality,” he continued. “We also lacked data on important variables, such as blood pressure. Having said that, I believe that the strong inverse duration-response signal observed in this study should be reassuring to clinicians and to their patients being treated with statins.”

The findings are consistent with the results of a prior Danish cohort study and with another population-based study from Korea, he said.

“We did not find differences in ICH risk by intensity of statin therapy. This finding must be interpreted with caution, as we did not have access to data on cholesterol blood tests, results of which often guide therapeutic intensity,” he told Neurology Today.

“We speculate that statins have this protective effect by modifying the long-term risk of cerebral small vessel disease, which accounts for the majority of spontaneous ICH.”

Dr. Gaist said that further studies should assess the relationship between statin use and the location of ICH bleeds.

“I think this is a very interesting question, which we could not address in this study due to lack of data,” Dr. Gaist said. “We would like to know whether the observed inverse association between long-term statin use and risk of ICH differs by hematoma location. To address this important question, we are currently conducting a study where we will retrieve more granular clinical information, including hematoma location.”

The investigators said the study has several strengths, including the fact that the large study population enabled more detailed analyses of patterns of statin use. Moreover, the data was collected within a setting that provides free health care and coverage of a proportion of drug costs, factors that reduce the influence of socioeconomic status on health care access, they wrote.

In addition, they noted that the registry collected data prospectively, and the data are complete, minimizing selection and eliminating recall bias. Finally, they pointed out that recent validation study showed an 80 percent positive predictive value for spontaneous ICH diagnosis in the Danish Stroke Registry, which was used to identify cases.

The investigators noted however that they could not exclude “healthy adherer bias—the possibility that patients initiating and adhering to chronic preventive drug therapies are more likely to engage in other health-promoting behaviors.

“Our finding of neutral risk estimates patients with recent/past use of statins, however, reduces this concern as we would then expect overall risk to remain largely unchanged even after cessation of statin use,” they wrote.

“We also did not have data on ICH location or etiology, such as lobar versus deep [ICH], the adequacy of blood pressure control, lipid levels, alcohol intake, or smoking,” the investigators noted. “Although we adjusted for proxies for disorders indicative of high alcohol use and smoking, residual confounding by these and other unmeasured lifestyle factors cannot be excluded. We did not include information on education or income that could mitigate potential effects of socioeconomic status. It, however, is unlikely that socioeconomic status had an important impact on our results as previous analyses found that the addition of education and income to a model similar to the one employed in this study had very little impact on ICH risk estimates.

Finally, they pointed out that the data came primarily from people of European ancestry and may not be generalizable to other populations. “As in all observational studies, residual confounding by unmeasured variables remains possible,” the investigators said. 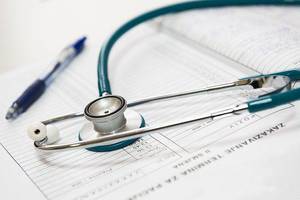