The Lupus Research Alliance (LRA) is particularly excited about the U.S. Food and Drug Administration (FDA) approval of anifrolumab-fnia (Saphnelo™), a first in class, type I interferon receptor antagonist, indicated for adults with moderate to severe systemic lupus erythematosus (SLE). The approval represents the first new treatment for generalized SLE in more than a decade and is the result of significant seminal research funded originally by the Lupus Research Alliance.

An autoimmune disease, SLE is the most common form of lupus, in which the immune system creates antibodies that can attack any part of the body. Affecting multiple organs, SLE is associated with major clinical burden for the patient and organ damage. It affects a diverse patient population and is more prevalent in Black and Hispanic ethnicities. Heterogeneity in SLE is evident as the condition presents differently across diverse populations, and symptoms vary from patient to patient.

Given by intravenous infusion, anifrolumab-fnia works by blocking immune system molecules called type I interferons that are one of the main factors that leads to tissue damage and disease symptoms. Type I interferons are a family of 17 similar molecules that help protect us from infections.i Research has shown that the vast majority -- 60-80 percent of adultsii -- have high levels of type I interferons.

The Lupus Research Alliance has invested $16 million in 40 studies on type I interferons, including pioneering work identifying a unique combination of genes that had been switched on by type I interferons in lupus patients; these results galvanized research into the molecules' role in the disease. AstraZeneca plc led its further development.

One of the trailblazers in interferon research is former chair of the Lupus Research Alliance Scientific Advisory Board Dr. Mary Crow. "This approval represents a critical milestone for lupus research and an exciting new therapeutic option for patients with lupus," noted Dr. Crow. "It is personally gratifying to have discovered the activation of the type I interferon pathway as a significant mechanism in lupus disease and to see the fruition of interferon research and the related drug development program."

The safety and effectiveness of anifrolumab-fnia was demonstrated by two large Phase 3 clinical trials, TULIP-1iii and TULIP-2iv showing that it reduced flares in people with moderate to severe lupus while allowing lowered steroid use. Further analysis of these two studies also found that the drug produced long-term reductions in the severity of skin rash and arthritis symptoms. TULIP-1 and TULIP-2 were led by top lupus researchers, many of whom are leaders in the Lupus Clinical Investigators Network (LuCIN) managed by the Lupus Research Alliance affiliate Lupus Therapeutics including TULIP-1 principal investigator Dr. Richard Furie along with TULIP-2 lead investigator Professor Eric Morand of Monash University in Australia, also an LRA Distinguished Innovator Award recipient.

Northwell Health Chief of Rheumatology Dr. Furie explained, "The lupus community has long been confident in the successful development of anifrolumab-fnia; most recently the clinical benefit was strongly observed in the phase 3 TULIP trials, and we confirmed a hypothesis dating back many years that interferons play an important role in SLE. The FDA approval of anifrolumab-fnia, coming 10 years after the FDA approval of belimumab, represents another milestone in our quest to make more therapies available and improve the lives of our patients with SLE."

"The role of interferon in lupus has been supported by the science for years but has long awaited this formal proof of benefit in a clinical trial," noted Professor Morand. "The FDA approval of anifrolumab-fnia potentially allows thousands of lupus patients to benefit. Decreased disease activity along with reduced steroid use form the pillars of treatment goals in lupus, and anifrolumab-fnia has shown these effects. As an LRA investigator, I am extremely proud to have been involved in this landmark journey to improve the lives of people with lupus."

Lupus Research Alliance President and CEO Kenneth M. Farber said, "The approval of anifrolumab-fnia is especially gratifying to us. Over the past two decades, the Lupus Research Alliance has made significant investments in research focused on the role of type I interferons in lupus. Particularly influential work we funded was conducted by renowned scientific leaders, and it is particularly exciting to see that work realized with an urgently needed new treatment option for people with lupus."

"This approval exemplifies the importance of foundational research which seeds and informs the drug development pipeline" said Rachele Berria, MD, PhD, Vice President, US Medical, Biopharmaceuticals at AstraZeneca. "Numerous early studies supported by the Lupus Research Alliance provided robust evidence on the central role the type I interferon pathway has in SLE pathophysiology. This research has helped in paving the way for the development of Saphnelo, a much-needed new treatment for people living with lupus."

HER2 Mutations in NSCLC: What You Need to Know 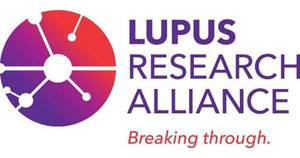 HER2 Mutations in NSCLC: What You Need to Know
UP NEXT...
ASCO Investigates Disparities in Cancer Care: Representation in Oncology
CME