The inappropriate prescribing of proton pump inhibitors (PPIs) is well-documented, as are the harms they can cause to patients who don’t need them, ranging from chronic kidney disease and pneumonia to hip fractures.

Yet despite evidence-based guidelines and deprescribing efforts at hospitals and clinics worldwide, these medications, commonly known as PPIs, are still often inappropriately prescribed.

Now, internal medicine residents at UB, along with their UB faculty mentors, have dramatically reduced from 80% to 30% inappropriate PPI prescriptions at an academic medicine clinic at Erie County Medical Center.

They did it by using the plan-do-study-act model that is widely utilized throughout health care. Using a combination of educational interventions aimed at both providers and patients, as well as a customized electronic health record template, the clinic succeeded in reducing inappropriate PPI prescriptions to a level far below its original goal of 60%.

The research was published online in February in the Journal of Clinical Gastroenterology. Naren Nallapeta, a resident in the Department of Medicine in the Jacobs School of Medicine and Biomedical Sciences, is first author and Jessica Reynolds, research associate professor of medicine, is a co-author. Smita Bakhai, clinical associate professor of medicine and a physician with UBMD Internal Medicine, is senior author.

Many PPI Prescriptions Begin in the Hospital

“Most patients who are on PPIs started while they were in-patients,” Bakhai explains. “Maybe they were critically ill, so the doctor prescribed it for prevention of stress ulcer. The problem is, these drugs continue to be prescribed for patients after hospital discharge and for a long time, sometimes years, without any medical evidence as to why they should take them.”

Bakhai and her colleagues also discovered that many of the PPI prescriptions had been written for their psychiatric patients. “We are the primary care clinic for the area’s group homes and we found that many patients with schizophrenia, bipolar disorder and other serious mental illnesses had been prescribed these medications while in-patients,” she says.

While the hospital physician may have prescribed the drug for short-term use of up to 12 weeks, the prescriptions often continue to be renewed, she says — sometimes for years — either because the patient demands it or because the physician automatically renews it, sometimes without even seeing the patient.

“Some patients didn’t even know why they were still taking these drugs,” she says. “It had been prescribed for a problem they’d experienced years before.”

The multidisciplinary effort involved the preparation of materials, including pamphlets and pocket guides, to educate patients and providers about PPI use and its side effects. The clinic required that nurses ask patients about their PPI use. Providers were also required to review a patient’s PPI use to determine whether or not it was warranted and, if it was discontinued, physicians were required to work with patients to monitor any symptoms.

“While some advanced electronic medical record systems include a clinical decision support tool — a reminder to physicians to check the medical evidence for each prescription a patient receives — it wasn’t a feature in the clinic’s system,” Bakhai adds.

“Since we couldn’t use our [electronic medical records] to stop the problem, we created a user-friendly template which we used as a physician reminder,” she says. The template features a checklist that includes queries to the physician designed to determine if there is medical evidence for continuing to prescribe the PPI.

“The success of this quality improvement project was attributable to a highly engaged, multidisciplinary team, including clinic front line staff, patients and hospital administrative leadership,” Bakhai says. “We are also very grateful to ECMC leadership for providing resources and fostering a culture of patient safety and quality.” 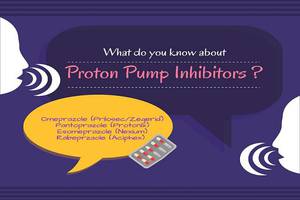 The Role of Integrative Therapy in Cancer Care
UP NEXT...
Investigating a Potential Serum Biomarker for Lung Cancer
CME