Patients with opioid use disorder (OUD) receiving treatment with opioid agonists (medications such as methadone or buprenorphine) had an 80 percent lower risk of dying from an opioid overdose compared to patients in treatment without the use of medications.

The new findings, published online February 25 in the journal Addiction, are a collaboration between researchers at NYU Grossman School of Medicine, Johns Hopkins Bloomberg School of Public Health, the Maryland Department of Health, and multiple Maryland State agencies.

The team of researchers additionally found that being in any kind of treatment for OUD (with or without medication) is protective against overdose compared to not being in treatment at all. However, neither treatment type offers any additional protections against lethal overdose once patients leave treatment.

Nationally, approximately 60 percent of patients entering specialty treatment for OUD do not receive medication, and many patients with access to medication treatment prematurely discontinue care. This is often due to persisting stigma around the use of medication to treat OUD along with logistical barriers involved in accessing medication treatment, which can, in turn, lead to relapse and overdose.

The researchers also found that taking medication while in treatment offered no protection against fatal opioid overdose once patients left treatment. "This lack of post-treatment protection highlights the need to promote better retention strategies so that patients can remain in treatment as long as it continues to help them," said Noa Krawczyk, PhD, assistant professor, Center for Opioid Epidemiology and Policy in the Department of Population Health at NYU Langone Health, and lead author of the study.

They also found that overdose risk was highest in the first month after leaving treatment, for both medication and non-medication treatment groups.

How the Study Was Conducted

Krawczyk and colleagues examined administrative claims records for publicly-funded outpatient specialty treatment programs in 2015 to 2016 for 48,274 patients with primary diagnosis of opioid use disorder. The research team then linked these claims to mortality data provided from Maryland's Office of the Chief Medical Examiner. Seventy-two percent of the patients in treatment received medication during the study period, while 28 percent did not (a breakdown that differs significantly from the national landscape, where less than 40 percent of patients in treatment receive medication for OUD).

"Getting people in the door and started on medication treatment is a great first step, but retention in treatment is equally important," says Krawczyk. "Because of this, we need to remove barriers to continuation of care, adopt more harm reduction approaches and employ better strategies to encourage and enable people to stay in treatment."

Krawczyk and colleagues identify a number of study limitations. Findings relied on administrative data used for payment and not research, which limits clinical information available. The investigators also clustered all types of non-medication treatment together and were unable, for example, to distinguish between specific non-medication treatment types such as counseling relative to detox. Similarly, they grouped buprenorphine and methadone together; they did not compare patients using different opioid agonists. Finally, the study focuses only on patients receiving outpatient specialty treatment and does assess overdose risk among patients receiving buprenorphine in primary care settings. 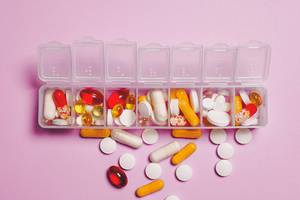 Family Matters: The Link Between Family History & BRCA Mutations
UP NEXT...
Boosting Awareness of GI Cancers: Focus on Colorectal and Liver Carcinomas
CME