Lymph node removal surgery for patients with high-risk melanoma has become less common over the past few years while the use of targeted and immune therapies developed through clinical trials to treat the dangerous skin cancer has risen rapidly at melanoma referral centers worldwide, an international group of researchers found.

However, a large degree of variation remained in the treatments providers chose to give to patients that could not be explained by the severity of their cancer, according to the recent study by the International High-Risk Melanoma Consortium.

Over the past five years, clinical trials have shown that systemic medications, including those that harness the immune system like pembrolizumab and ipilimumab, are effective in treating stage III melanoma. Other recent research has revealed that lymph node removal surgeries may be less effective for these patients than previously thought.

The surgeons at 21 melanoma referral centers collaborated to see whether these revelations had created changes in treatment plans for high-risk melanoma. It can often take significant time — as long as a decade — for providers to adopt or deescalate cancer treatments, even if the available evidence supports a shift in the landscape. (This lag can stem from a variety of factors, such as poor dissemination of study results and providers’ uncertainty about how trial results may apply to specific patients.)

In this case, though, the consortium saw signs that melanoma providers not only knew about the latest research but were also applying it in their practices.

“What this study shows is that, unlike the pace of adoption that we see for many scientific innovations, these research findings were adopted very quickly and quite broadly at major melanoma referral centers across the world,” said Kristy K. Broman, M.D., M.P.H., an assistant professor of surgery at the University of Alabama at Birmingham and the first author of the study. “We think this may be related to the potential lifelong complications of lymph node removal surgery, which surgeons and patients alike would readily choose to avoid when the surgery is unnecessary, as well as how effective the new systemic treatments are in a landscape where, only 10 years ago, we had no effective systemic therapies.”

“Yet, as we can see from the data, melanoma programs did implement these practice changes differently,” said Lesly Dossett, M.D., the division chief of surgical oncology at University of Michigan Health and a co-senior author of the study, “such that treatment a patient received depended a lot on where they were treated.”

This variation in melanoma treatment may be due in part to differences in regulations and health insurance systems in the United States compared to Europe and Australia. But it’s likely that the individual preferences of physicians play a role as well.

In the future, the researchers plan to delve further into the nuances of decision-making for high-risk melanoma treatments, including factors like the structure of health care teams and organizations and how information is communicated in different health systems. 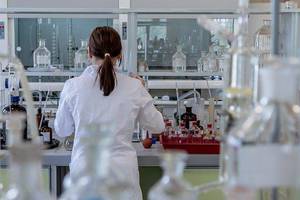