How can we increase the efficacy of vaccines used to protect against viral respiratory diseases such as influenza and COVID-19? Scientists from Inserm, CNRS and Aix-Marseille Université at the Center of Immunology Marseille-Luminy are opening up new prospects in the field, with the triggering of memory B cells directly in the lungs looking to be a promising avenue. At present, the vaccines are administered intramuscularly and do not trigger the appearance of these cell populations. This research, which enhances fundamental knowledge in the field of immunology, has been published in the journal Immunity.

Memory B cells are immune cells produced primarily in the lymph nodes and spleen following infection. They persist for a long time in these regions and retain the memory of the infectious agent. If the body is confronted with the same agent in the future, these cells are immediately mobilized and rapidly reactivate the immune system for effective protection of the individual.

Following extensive research into these memory B cells, researchers discovered three years ago that they could also be localized in the lungs. The team led by Inserm researcher Mauro Gaya and his colleagues from the Center of Immunology Marseille-Luminy (AMU/CNRS/Inserm) and the Center for Immunophenomics (AMU/CNRS/Inserm) went further in order to describe the nature and functioning of this specific immune cell population.

The aim was to better understand these cells and their involvement in the long-term immune response against respiratory infections. For this, the scientists worked with two mouse models of infection: the influenza and Sars-CoV-2 viruses.

They used fluorescent markers to track the appearance of memory B cells after infection, following which they performed a single-cell transcriptome analysis. "These techniques enabled us to precisely localize these cells in the lungs of our animal models and describe their gene expression profile cell by cell to study their function," explains Gaya.

Approximately ten weeks after inoculation of the virus and after its elimination from the body, the team observed the formation of groups of memory B cells in the bronchial respiratory mucosa, in a strategic position allowing them to be directly in contact with any new virus entering the lungs.

Furthermore, this research suggests that there are two subpopulations of memory B cells expressing different genes, known as "bona fide" and "bystanders", with the "bona fide" cells having a particular affinity for the virus that triggered their appearance. In the event of new encounters with this pathogen, they immediately differentiate into plasma cells and secrete highly specific antibodies against the virus.

Conversely, the "bystanders" do not directly recognize the virus but bind thanks to a specific receptor to the immune complexes formed by the antibodies that are produced by the "bona fides".

The "bystanders" can therefore enable cross-reactions by increasing the response of different "bona fide" populations against several types of viruses. "What we have is a two-tier system that enables a synergistic effect and increases the efficacy of the anti-viral memory response in the lungs," explains Gaya.

In addition to advancing fundamental knowledge in immunology, the research team sees in these findings a longer-term way of improving the efficacy of influenza or COVID-19 vaccines. These findings could in fact form the basis for new research into the way vaccines are administered. "The hypothesis is that by intranasal vaccination, we could mimic the natural entry pathway of the virus, mobilize these lung memory B cells to block the virus as soon as it reaches the respiratory tract in the event of an infection. In this way, we could combat severe forms and also better protect against infection," concludes Gaya. 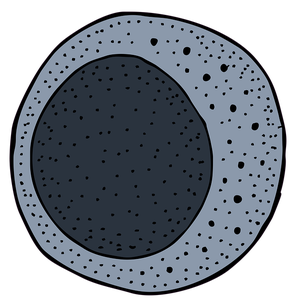