The World Health Organization said Tuesday that a recent outbreak of monkeypox cases in non-endemic countries is “containable,” even as it continues to confound health experts.

As of Tuesday, there were 131 confirmed cases and 106 suspected cases of the disease since the first was reported on May 7, according to the public health body. The cases are reportedly located in 19 countries outside of Africa.

The WHO said it was currently unclear whether the spike in cases was the “tip of the iceberg” or whether a peak in transmission had already been reached.

Monkeypox is a rare viral infection that is endemic to Central and West Africa. It spreads through close contact with people, animals, or material infected with the virus, with symptoms including rashes, fever, headaches, muscle ache, swelling, and back pain.

While most cases are mild, typically resolving within two to four weeks, health experts have been baffled by the recent spike in countries with no history of the disease and patients with no travel links to endemic countries.

At least 19 countries including the U.S., U.K. Canada, Australia, Italy, Spain, and Portugal have so far reported cases. Belgium — currently home to four cases — on Friday became the first country to institute mandatory isolation for patients, while the U.K. has urged close contacts of patients to self-isolate.

The majority of cases are spreading through sex, the WHO said Monday. Though not generally considered a sexually transmitted disease, health authorities have noted a particular concentration of cases among men who have sex with other men.

The Centers for Disease Control and Prevention on Monday alerted gay and bisexual men to take precautions if they have been in close contact with someone who may have the virus and to be on the lookout for symptoms.

“A notable proportion of recent cases in the UK and Europe have been found in gay and bisexual men so we are particularly encouraging these men to be alert to the symptoms,” Susan Hopkins, chief medical advisor at the U.K.’s Health Security Agency, added Monday.

The WHO’s Director for Global Infectious Hazard Preparedness, Sylvie Briand, said Tuesday that it’s unlikely the virus has mutated. Rather, she said, its transmission may have been driven by a change in human behavior, particularly as a result of easing Covid-19 social restrictions.

The West African strain of monkeypox — which has been identified in the current outbreak — has a mortality rate of around 1%.

“We encourage you all to increase the surveillance of monkeypox to see where transmission levels are and understand where it is going,” Briand added.

“We’ve never had a [monkeypox] epidemic before which has spread now to 15 countries in three weeks,” Farrer said at the World Economic Forum.

However, he added that it should not yet be a cause for concern for the general public, noting that it is not yet a “Covid-style risk.” 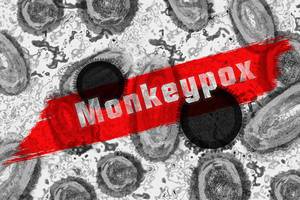