Most clinical trial participants are not told the results of their study -- even though most people want to know, and researchers want to tell them.

The reason: Communication is a big barrier, a new study says. Simply put, researchers and subjects may not speak the same language.

Teaching researchers to make their findings understandable to the lay person could make trial participants feel like respected research partners -- and increase the number who are looking to join in, according to a study from Medical University of South Carolina researchers.

The emphasis in translational research is to communicate results into meaningful messages for members of the community.

"So part of translation is not only translating from bench to bedside but also translating your findings back to the participants who made it work," said senior author Teresa Kelechi, associate dean for research in the MUSC College of Nursing. "At the end of the day, it's because of them that we're doing science."

For the study, Kelechi and lead author Cathy Melvin, a professor of public health, led focus groups for past trial participants.

Of 48 participants interviewed, nearly 70 percent said they never received results of their trial, although 75 percent would have liked to. About 95 percent of researchers surveyed considered it important to share results with participants.

Nevertheless, the researchers said they had little training or communication on how to release the information to participants. Funding for such communication might also be a factor, since grant money for studies is usually for recruiting participants and conducting the study, with little left over for reaching the participants.

"For me, this was an eye-opening experience," Kelechi said in a university news release. "I've been doing research for 20 years but was unaware how much the research community feels unequipped to report their findings to study participants. They want to give back, but that is not a skill set that they have, but it is one they want to develop."

Trial participants also expressed a willingness to share findings with friends, health care providers and others with the same condition. Most said emailing the results would be their preference, though older adults preferred mailed letters, postcards or calls.

Kelechi and Melvin are optimistic that the communication gap can be bridged.

"We have two groups of people who want the same thing, which is to share information with each other," Melvin said. "So, given the good will on both sides, I'm very optimistic and feel that there is a real opportunity for us to make a difference in this area." 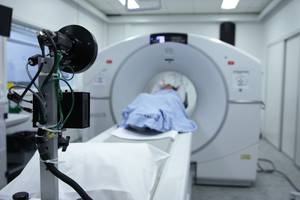 The Role of Integrative Therapy in Cancer Care
UP NEXT...
Anesthesia Technique & Cancer Recurrence: What Do We Need to Know?
CME